The trailer for the fifth installment of Scream has arrived, and it’s time to feel petrified in your kitchen all over again.

The legendary horror franchise is returning in early 2022, and Ghostface is back for another found.

The first trailer for the movie shows the return of OGs Sidney Prescott (Neve Campbell), Dewey Riley (David Arquette) and Gale Weathers (Courteney Cox), as they warn a new group of teenagers in Woodsboro who are being targeted by Ghostface.

And although the killer is after a new group of youths, they still have their eye on Sidney, as we hear them say: ‘Hello Sidney… it’s an honour’ – seemingly at Stu’s house from the original movie.

The original film’s opening gets an up to date twist as Ghostface manages to unlock the doors of his victim’s house remotely – and we’re guessing Jenny Ortega is in for a very Drew Barrymore ending.

Dewey calls Sidney to tell her: ‘It’s happening. Three attacks so far. Do you have a gun?’, with our final girl replying: ‘I’m Sidney Prescott. Of course I have a gun.’

Our originals are on hand to help save the teens being terrorised, with Dewey warning them that there are ‘rules to surviving’.

Neve is back as final girl Sidney (Picture: Spyglass)

And they’ll stop at nothing to get Ghostface at last, as Sidney says: ‘I won’t sleep until he’s in the ground.’

It has been 10 years since Scream 4 came out – and 25 since the original – and it was expected that was the end of the franchise following the death of director Wes Craven in 2015. 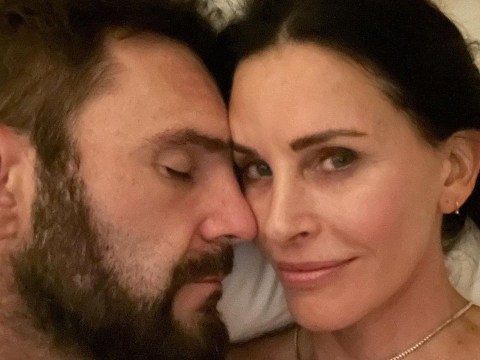 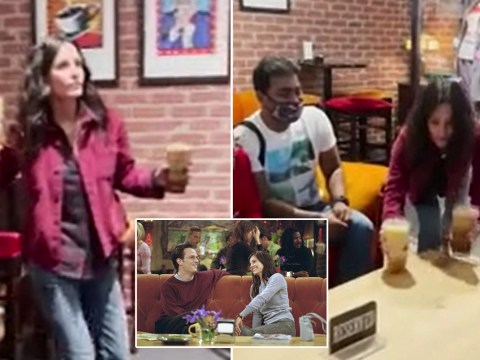 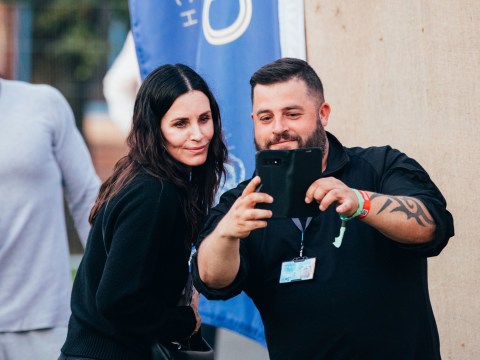 However, she was convinced to return by directors Matt Bettinelli-Olpin and Tyler Gillett.

MORE : Will Poulter cast in Guardians of the Galaxy Vol 3 as all-powerful Adam Warlock