Selena Gomez posted a bittersweet snap to mark this week’s episode of her show Only Murders In The Building.

The singer/actress, 29, was excited to share the latest show but also a bit down since there was only one episode left to air this season.

Selena bundled up in two jackets and frowned at the camera in the snap, which she captioned saying: ‘New episode out today. Sad @onlymurdershulu only has 1 episode left. Can’t wait to shoot season 2!’ 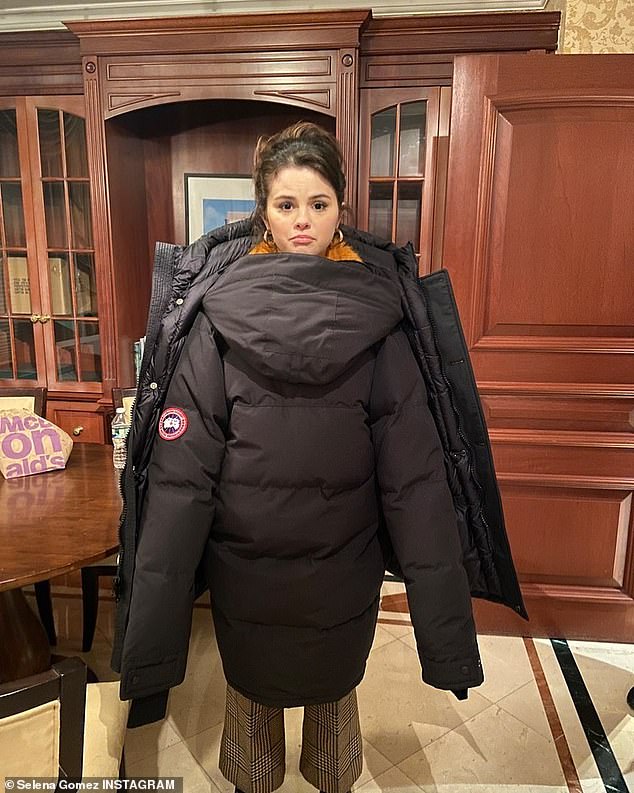 Don’t be sad! Selena Gomez was a bit bummed that season one of her show Only Murders In The Building is coming to a close next week

Only Murders In The Building also stars Steve Martin and Martin Short.

The show follows three neighbors in a New York City apartment building who are all true crime buffs.

Their amateur detective skills are put to the test when an actual murder happens in their building and they try to solve the case themselves.

The recently said she found it fascinating chatting to Steve and Martin about what Hollywood ‘used to be like.’

She told People magazine: ‘They immediately made me feel like I was a part of a trio. They’re just the best.

‘They are extremely humble and kind, and they just have a different human perspective on life than anyone I’ve ever met.

‘I asked them about how life used to be, and it was always so interesting to hear about the industry and what it used to be like. I felt like a sponge, just absorbing everything I could. We’re all on a group e-mail chain.’ 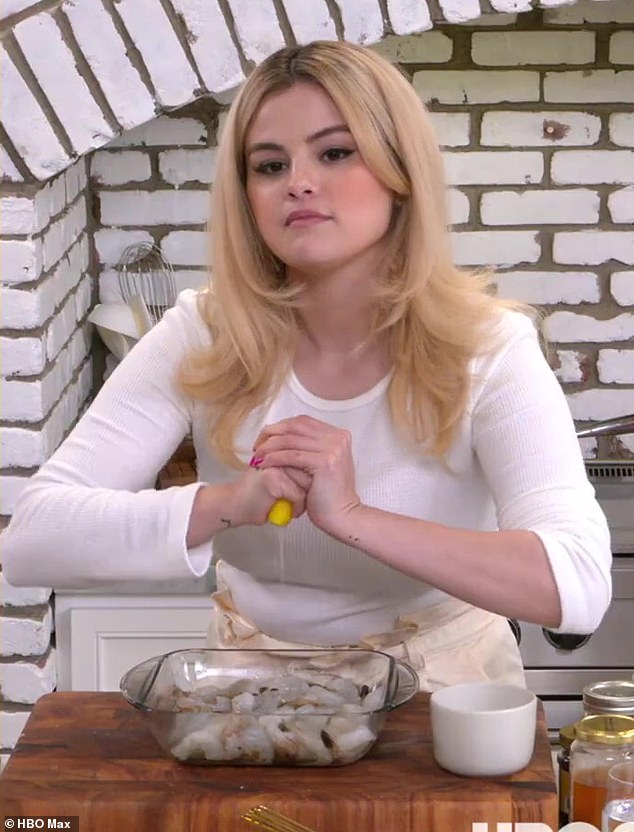 She’ll be releasing the third season of her show Selena + Chef on HBO Max October 28th.