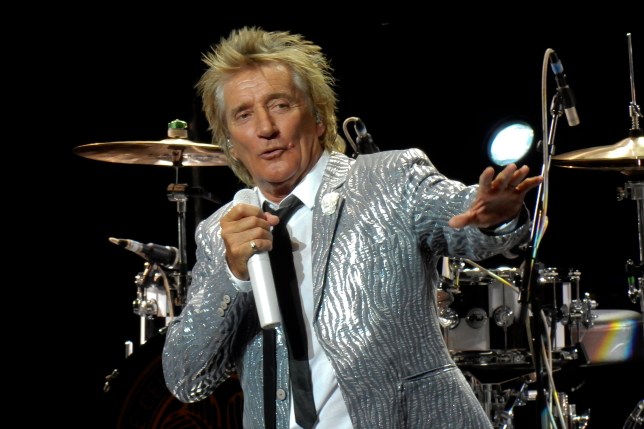 Sir Rod Stewart has reached a settlement with the security guard who accused him of assault.

The singer has made a deal with prosecutors, with the case drawing to a close after two years.

Sir Rod, 76, was due to stand trial with his son, Sean, 41, after they were accused of assaulting a security guard at a luxury hotel in Palm Beach on New Year’s Eve 2019.

Security guard Jessie Dixon claimed Sir Rod punched him in the ribs during a row over access to a private party in a children’s area.

Sean allegedly got ‘nose to nose’ with Dixon. Both men denied a charge of simple battery.

While a trial date had been set for September 14, records now show a settlement has been reached and a final hearing has been scheduled for October 22.

Neither Sir Rod or his son have to appear at the hearing.

Sir Rod was with his son Sean (Picture: GC Images)

The police report stated Sean allegedly shoved Dixon, before Sir Rod then ‘stepped toward him and threw a punch, striking Dixon in his left ribcage area’.

Officers spoke to the singer, who said he had been trying to get his younger children into an event at the hotel.

The dad-of-eight told officers: ‘Dixon became argumentative with his family, which in turn caused them to become agitated’.

The report also said Sir Rod ‘apologised for his behaviour in the incident’.

An insider told the New York Post: ‘It was an unfortunate quick, brief misunderstanding and they apologised. No one was detained and there were no injuries.’

MORE : Come From Away star: Show gives people permission to grieve over 9/11