They rose to fame on the MTV show Geordie Shore.

And Sophie Kasaei, 31, and Abbie Holborn, 23, turned heads on Monday at The Freedom Party held at The Ivy Restaurant, Manchester.

Sophie wowed in a skintight sheer white and brown patterned jumpsuit which she paired with a chunky gold necklace. 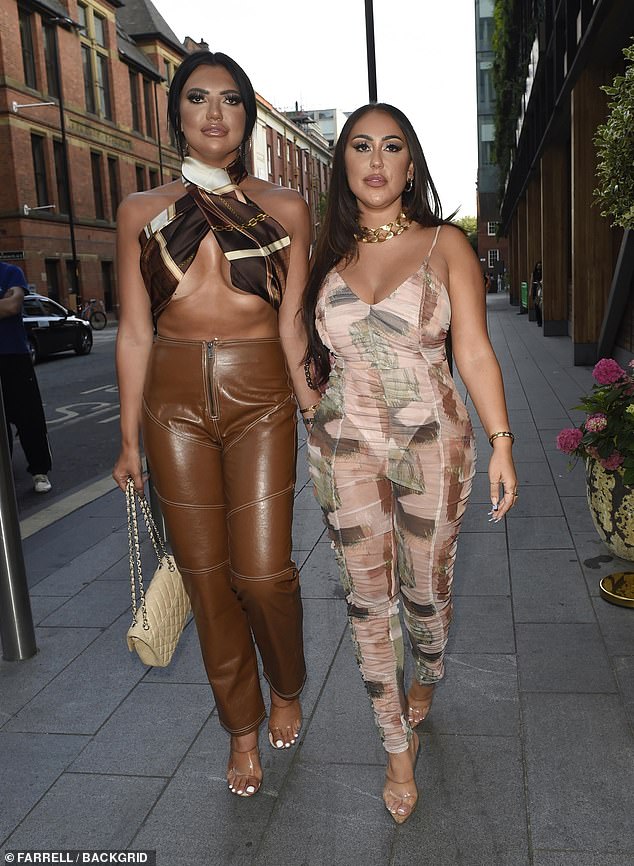 Wow! Sophie Kasaei, 31, and Abbie Holborn, 23, turned heads on Monday at The Freedom Party in The Ivy Restaurant in Manchester

She completed her look with clear heels and left her sleek brunette locks fall loose.

She paired her ensemble with clear heels and a cream quilted Chanel handbag.

The reality TV stars oozed confidence as they strutted down the street to the restaurant. 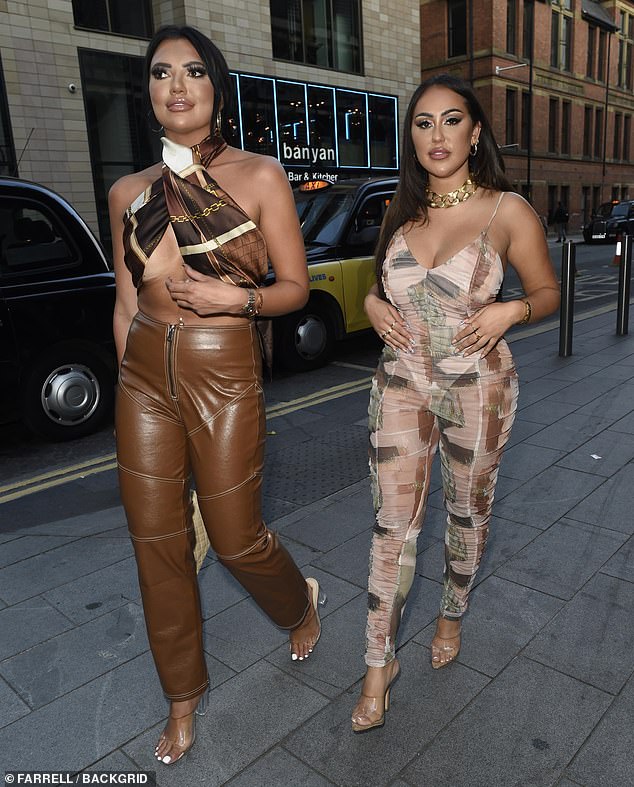 Style: Sophie wowed in a skintight sheer white and brown patterned jumpsuit which she paired with a chunky gold necklace

Last month it was revealed Geordie Shore veteran Chloe Ferry is returning to the show for its new rebranded dating series – where stars will take their pick from 70 singletons.

Abbie and co-stars Amelia Lily, Nathan Henry, and three newbies, are filming Geordie Shore: A Shot At Love in Newcastle.

They have all been in quarantine as part of the Covid-19 safety measures brought in by show bosses, with the stars set to try and find love in the new re-worked format.

Each Geordie will be given 10 singletons to scrutinise as potential partners and eventually choose three per person to join them in the house. 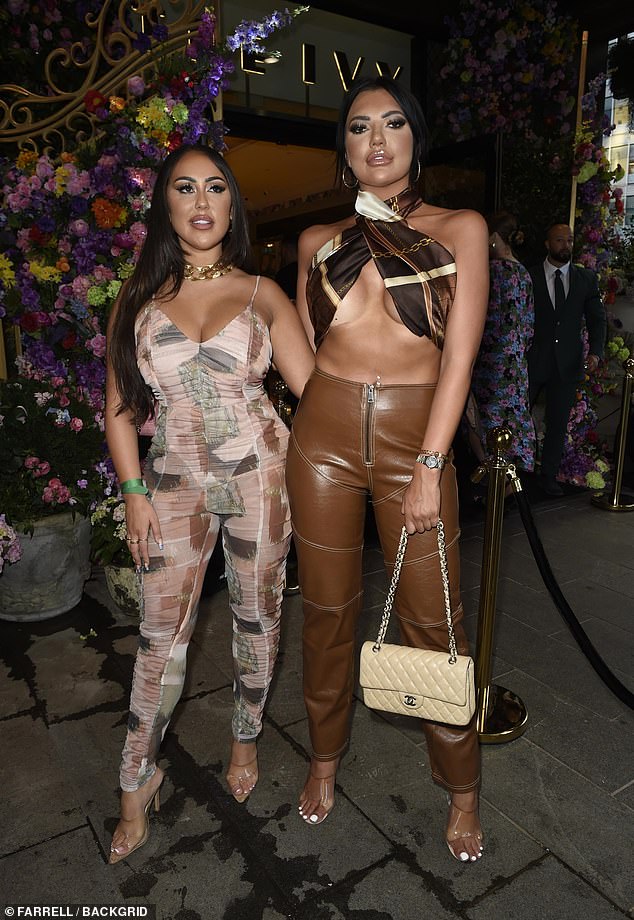 It’s hoped the new format will halt the falling ratings of the show, which has spawned stars including Vicky Pattison and Charlotte Crosby.

A source said: ‘Geordie Shore has been in desperate need of freshening up and bosses feel turning the format into a dating show will do just that.

‘It means there will be many more new faces thrown into the mix who are bound to cause some arguments and make great TV.

‘But the tweak in format is seen as the last throw of the dice to keep the show going.’

Geordie Shore first aired on MTV in 2011 and plans for a big 10-year anniversary series in Colombia were scrapped earlier this year due to the pandemic.

Instead, stars from past and present filmed a two-part special called Geordie Shore: Talk of the Toon aired last month. 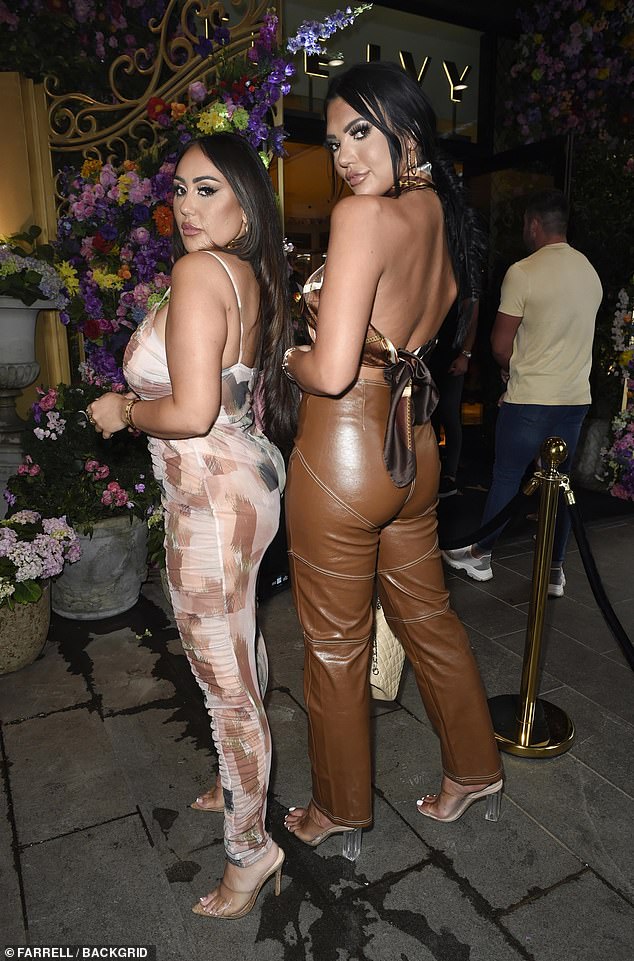 Beautiful: She paired her ensemble with clear heels and a cream quilted Chanel handbag