She may be married to him, but that didn’t stop Sophie Turner from mercilessly mocking her husband Joe Jonas during her set for Netflix’s Jonas Brothers Family Roast.

The 25-year-old Game Of Thrones star took the 32-year-old pop star and his famous brothers to task for their ‘toe curlingly lame’ purity rings, which don’t seem to have done much to maintain Joe’s purity early in his career.

Sophie was just one of the high-profile guests on the special — released Tuesday — which also featured sets from Nick Jonas’ wife Priyanka Chopra and Saturday Night Live star Pete Davidson. 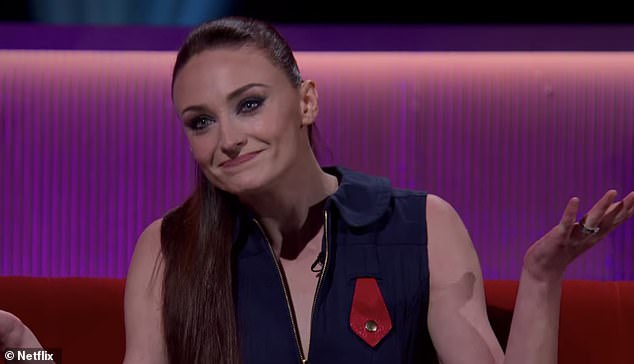 Not holding back! Sophie Turner raunchily poked fun at husband Joe Jonas for his old purity ring, which he wore despite ‘sticking his fingers in costars’ on Netflix’s Jonas Brothers Family Roast

‘Let’s talk about the purity rings,’ Sophie said somberly shortly after taking to the stage, while Joe appeared to hold his wedding ring aloft before sliding it back onto his finger to demonstrate.

The actress explained how all three brothers had the rings to demonstrate that they were supposedly committed to abstaining from sex until marriage.

But instead of just singling out Joe, she lambasted the entire concept.

‘I know this is just a roast, and you all think I should be going after them, but I think we need to set the record straight here — no, the rings weren’t a good idea. Yes, as a gesture, they’re laughably, toe curlingly lame,’ she said. 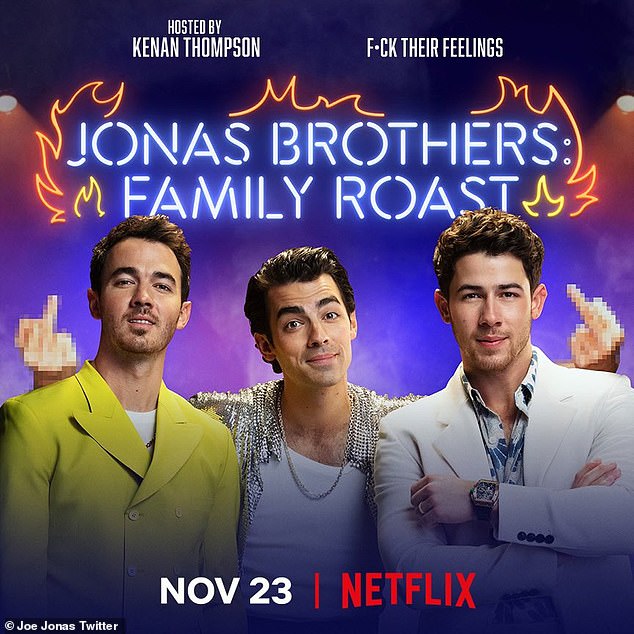 Burn! Sophie called the Jonas Brothers’ purity rings ‘toe curlingly lame’ and joked that Joe’s earlier dalliances were ‘like Cinderella because most of the girls he tried it with were under contract to Disney’

Unfortunately her future love didn’t abide by his own principles.

She connected Joe’s deception to their eventual romance via a classic fairy tale.

‘To be honest, Joe and the purity ring thing was kind of like a modern day Cinderella,” Sophie said. ‘I mean, Joe tried to find a match for his purity rings a few times, but finally, the finger fit me. It was also like Cinderella because most of the girls he tried it with were under contract to Disney.’

The three Jonas Brothers were overcome with more laughter, and Nick dropped his head in his hands as he rocked back and forth with giggles. 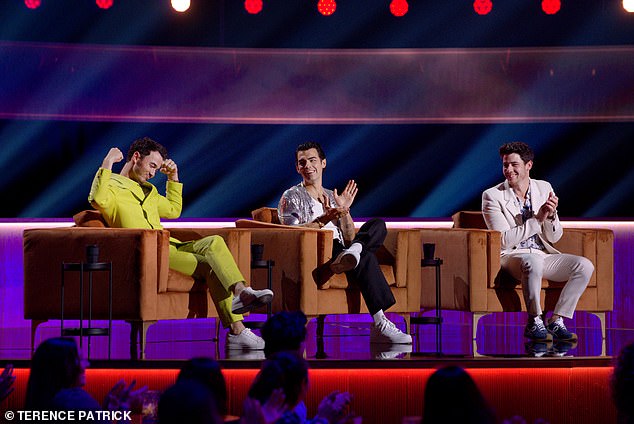 Skewered acting: The Dark Phoenix actress also blasted Joe’s acting skills when she joked that in England, Camp Rock 2 was known as ‘a load of s***’

The Dark Phoenix actress also blasted Joe’s acting skills when she joked that in England, Camp Rock 2 was known as ‘a load of s***.’

‘I said when I started acting that I would never date an actor, and after I saw Camp Rock 2, I knew it was safe to date Joe,’ she added.

Sophie also joked that the trio stayed true to their ‘New Jersey roots’ because they’re ‘all Sopranos,’  before adding, ‘I’m kidding, you guys don’t have any vocal range.’

She threw in one last jab for Joe before walking off stage when told him not to wait up after the show because Pete Davidson slipped her his phone number.

Nick, 27, and Kevin, 34, also came in for a ribbing during Pete’s stand-up set, which he delivered from the audience rather than taking to the stage. 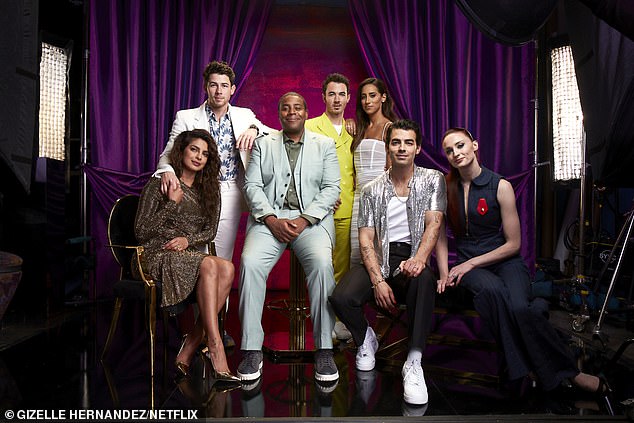 ‘I listen to the Jonas Brothers every time I’m in a supermarket,’ he joked while wearing an ‘I [heart] Jonas’ T-shirt.

The SNL star said that Nick was a ‘legit actor now’ because he had ‘won everything from a Kid’s Choice Award to a Teen Choice Award.’

Elsewhere, he turned his sights back to Joe and the group’s 2008 album A Little Bit Longer.

‘A Little Bit Longer is both my favorite album,’ he said, adding, ‘and it’s what Sophie wishes Joe’s penis was. Winter is coming, but Sophie, not so much.’ 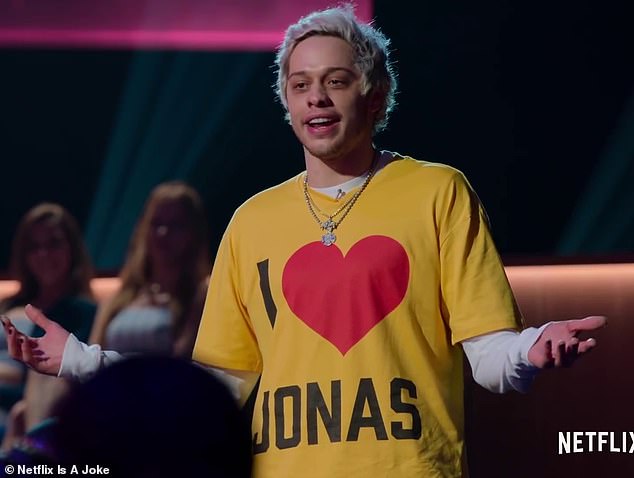 Having a laugh: ‘I listen to the Jonas Brothers every time I’m in a supermarket,’ joked SNL star Pete Davidson