Sophie Turner put on a very leggy display in a stylish snap that was shared to her Instagram account on Sunday.

The 25-year-old actress was seen posing for the camera while standing outside of what appeared to be a roadside mural that featured a large road marker with the number 420 prominently displayed across its front.

The post comes ahead of the release of two television projects that the performer is currently working on. 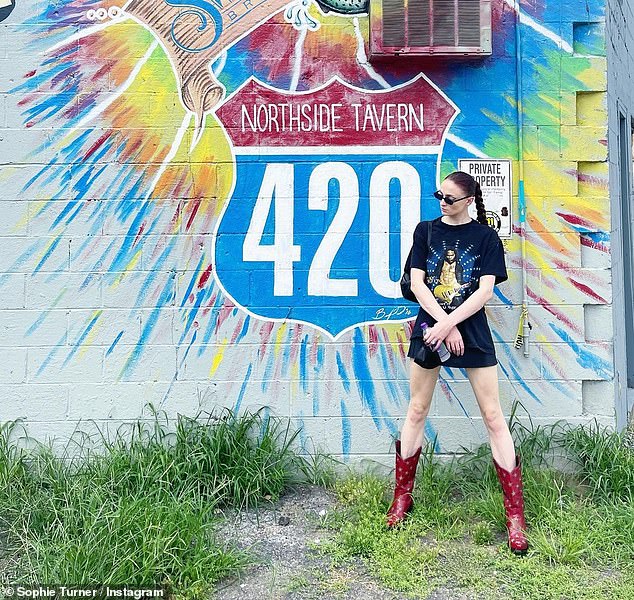 Stylish star: Sophie Turner was seen putting on a very leggy display in a sizzling snap that was shared to her Instagram account on Sunday

Turner wore a black graphic-printed t-shirt that featured an image of a shirtless man playing guitar in the smoking snap.

The Game Of Thrones actress paired her top with a matching set of short shorts that exposed her immaculately chiseled legs.

The performer contrasted the dominant color of her outfit with an eye-catching pair of red cowgirl boots with numerous stars on all parts of their construction.

Her beautiful red hair was braided into a long ponytail that fell down her back while she posed for the photo. 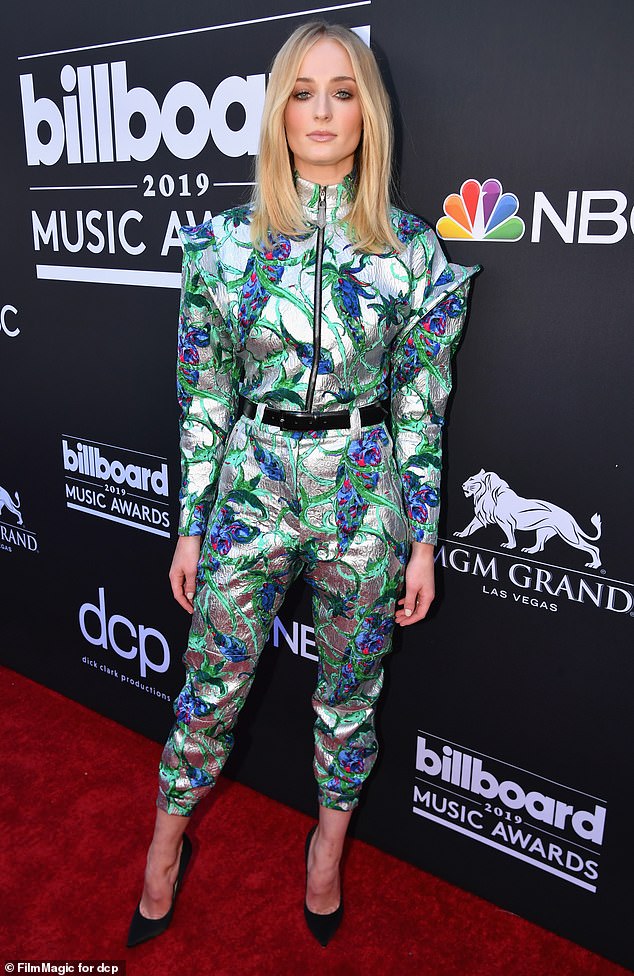 Making moves: The actress’ post comes before the respective premieres of two series that she was involved with; she is seen at the 2019 Billboard Music Awards

She kept a small black purse slung over her right shoulder and sported a small pair of matching sunglasses.

The Primetime Emmy-nominated actress is currently involved in the production of two television series that are set to make their respective debuts in the near future.

The performer is currently set to voice Princess Charlotte in the upcoming animated sitcom The Prince. 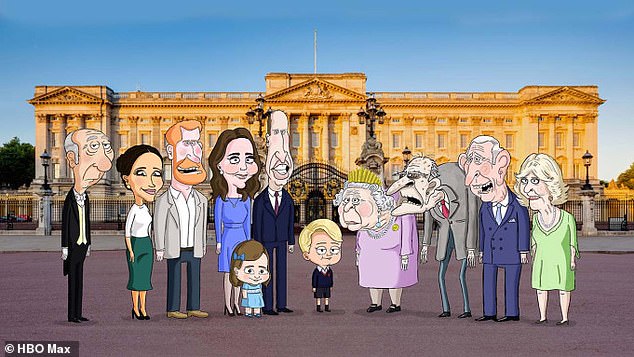 Cartoon: Turner is currently set to voice Princess Charlotte in the upcoming animated sitcom The Prince

The Gary Janetti-created show will focus on the life of Prince George as he humorously interacts with other members of the British monarchy.

The series was initially set to make its debut on the HBO Max streaming service this past spring, although it was delayed due to Prince Philip’s passing in April.

The Prince currently does not have a set release date. 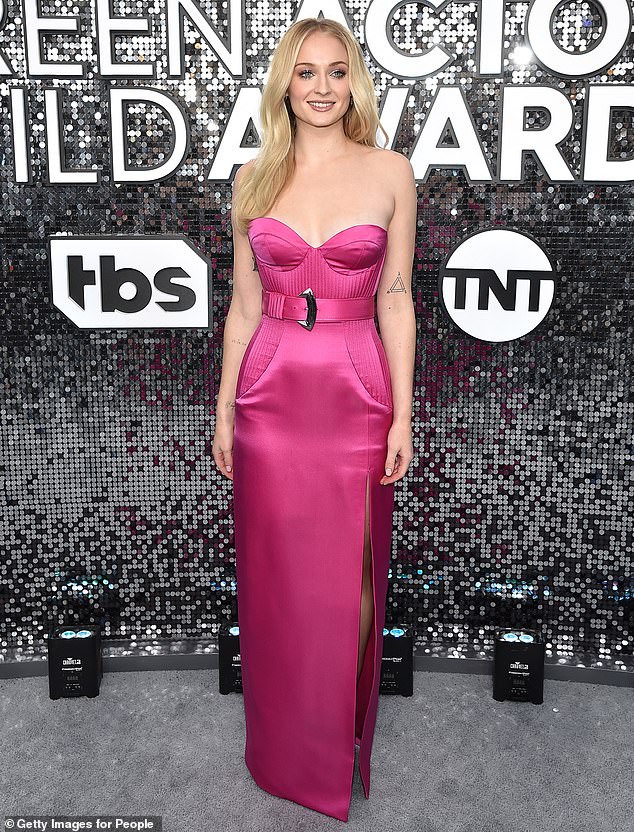 Taking their time: The Prince was supposed to premiere this past spring, although it was delayed following Prince Philip’s passing; Turner is pictured at the 2020 SAG Awards

Turner will also appear as Margaret Ratliff in the long-awaited miniseries The Staircase, which is based on the 2004 docuseries of the same name.

The show will see Colin Firth starring as novelist Michael Peterson, who was charged with murdering his wife Kathleen in 2001 and eventually convicted of voluntary manslaughter in 2017.

Harrison Ford was initially set to take the starring role in the series and serve as one of its executive producers, although he later dropped out of the project. 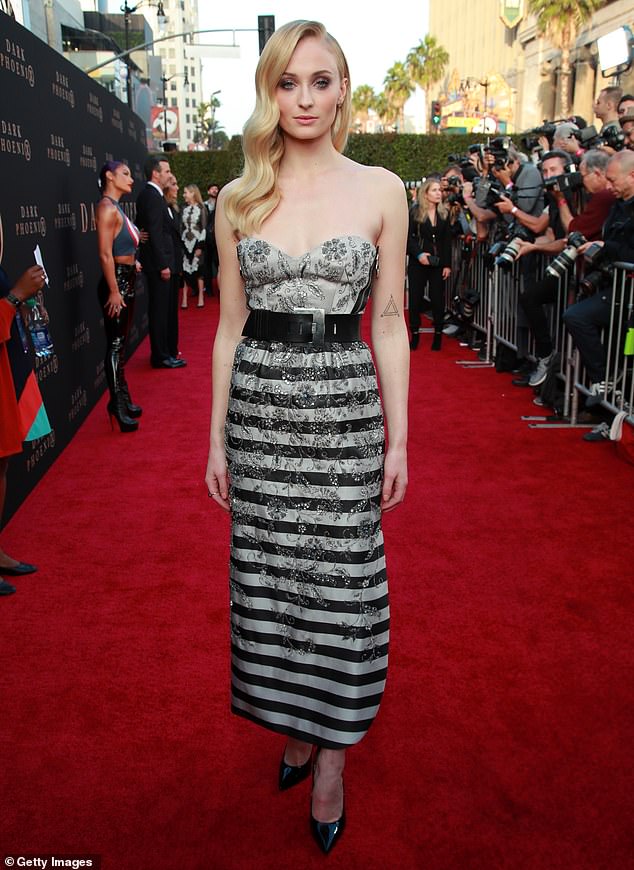 On screen: The performer is also set to portray Margaret Ratliff in the upcoming miniseries The Staircase, which is based on the docuseries of the same name; she is pictured at the 2019 premiere of Dark Phoenix

The program will also feature the talents of Toni Collette, Juliette Binoche and Parker Posey, among other performers.

The Staircase initially entered the development stage in 2008 and experienced a lengthy writing process before production eventually began last month.

It is currently scheduled to be released on HBO Max in the near future. 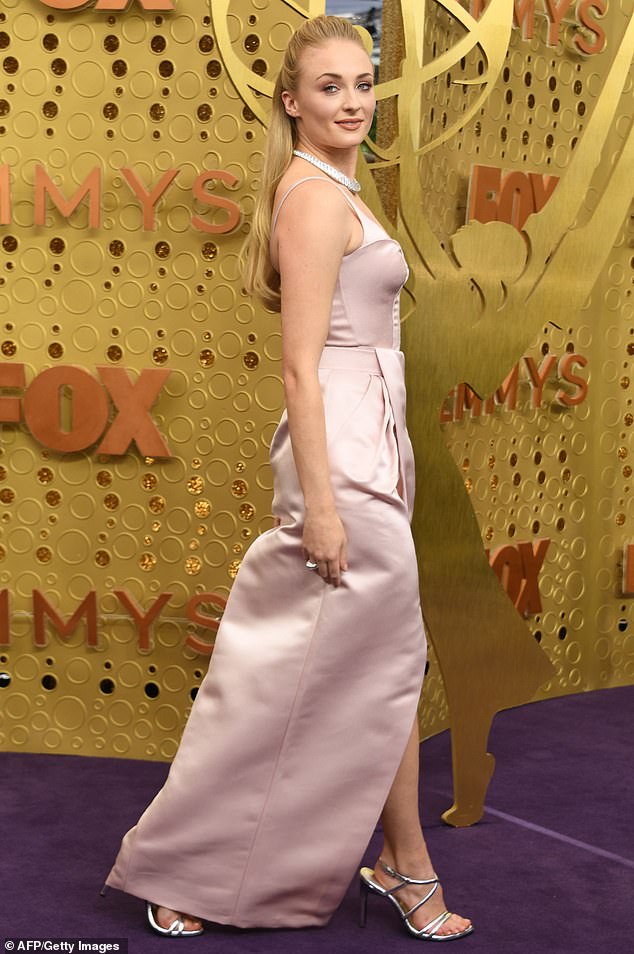 Future release: The miniseries is currently set to make its debut on the HBO Max streaming service sometime in the near future; Turner is pictured at the 71st Emmy Awards