John Gosden is adamant that Stradivarius remains the one to beat in next month’s Ascot Gold Cup after he embarked on his Farewell Tour with an emotional third win in the Yorkshire Cup at York.

A shot at a record equalling fourth win in the feature race of the royal meeting is next for Stradivarius who already has one record in the bag this season.

Career win No 20 for the popular eight-year-old was European record 18th group race success, enough to prompt to first flying dismount of the domestic season for jockey Frankie Dettori. 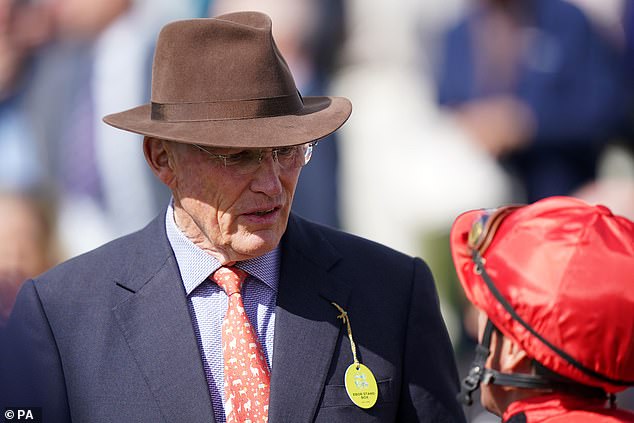 Big question were asked on Friday.

Did Stradivarius retain his ability and, more importantly, did the racing spirit still course through his veins?

The answer Stradivarius gave was an emphatic yes and he looked to win a shade more cosily than the length winning margin from Thunderous suggested.

Gosden, who trains Stradivarius with son Thady and has kept him sweet by varying his training regime, said: ‘He hit a little bit of a flat spot but next thing he got Frankie there too soon. 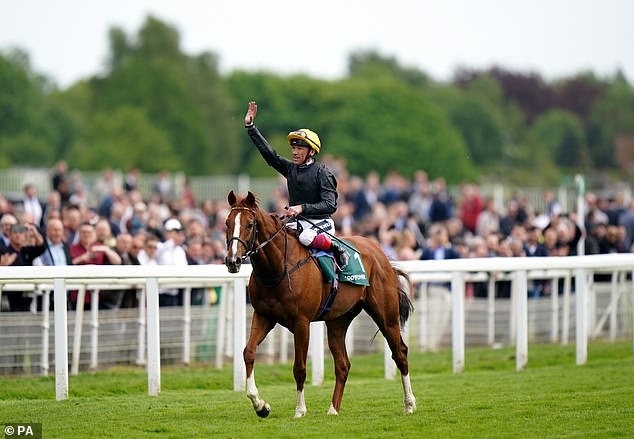 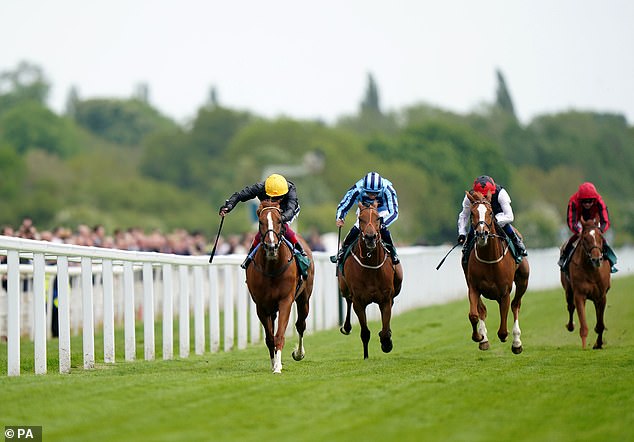 ‘He was a bundle of fun to saddle on his hind legs and every time he saw a filly he started showing off but out here he was as professional as ever. He is a great one for the crowds.

‘Let’s hope we can get to Ascot and the ground is not too deep. That blunts his turn of foot. He doesn’t like slogging it out any more. If he has this ground he would take a lot of beating.’

After a sixth win from as many runs on the Knavesmire, Dettori took Stradivarius on a lap of honour in front of the York stands. The reaction was an mix of admiration and thanks to a horse who has been the punters’ friend on this strip of turf. 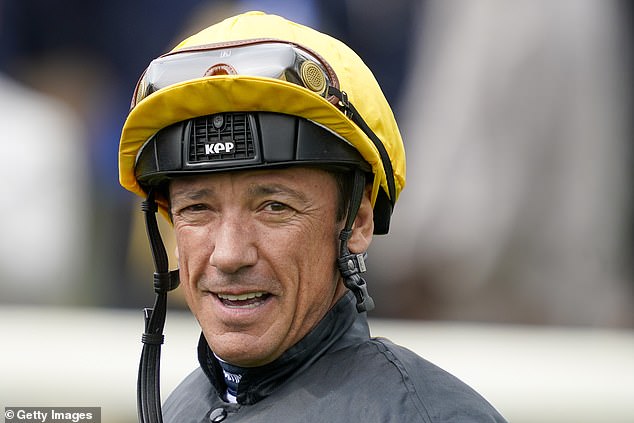 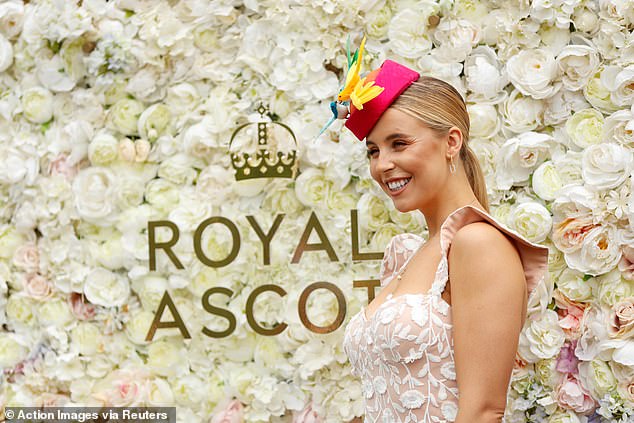 When history beckoned in the Gold Cup Royal Ascot it all went wrong with a fourth place. Dettori got shuffled back further than he wanted, Stradivarius was hampered on the home turn and by the time he got running impressive winner Subjectivist had flown.

Next month the opposition is headed by 5-2 favourite Trueshan, last year’s second Princess Zoe and Scope, who runs at Newbury this afternoon.

Dettori, who clearly wants to set the record straight, said: ‘My mouth is a bit dry and I’m emotional but what an incredible story. All roads lead to Ascot for one more roll of the dice.’