Romance could be in the air for one of Strictly Come Dancing’s most popular couples, after Kai Widdrington was caught saying ‘I love you’ to AJ Odudu.

Reports that the 33-year-old presenter is ‘falling’ for the new professional have been circulating ever since the series began, and things went up a notch over the weekend.

Their passionate American Smooth inspired by The Bodyguard was a hit with judges Anton Du Beke, Shirley Ballas, Motsi Mabuse, and Craig Revel Horwood putting them high up the leaderboard with 35 points.

Now, rumours have continued to soar after Kai was heard telling AJ ‘I love you’ just after their performance on Saturday.

‘I love you,’ he said, after their performance. ‘I love you so much!’

The dancer also posted a picture of himself with AJ afterwards on Instagram, saying ‘You little superstar @ajodudu “I Have Nothing” More to say I couldn’t be prouder.’ 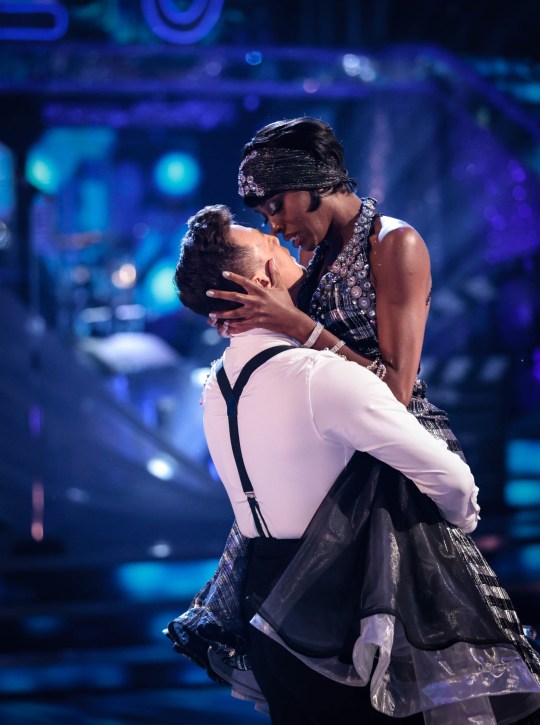 The pair impressed the judges with their American smooth (Picture: PA)

AJ was congratulated by Kai over the weekend (Picture: BBC)

Viewers continue to speculate about the pair, and body language expert Judi James recently told us that AJ is giving off flirty signals in rehearsals with her dance partner.

AJ and Kai’s previous routines had been elegant, classy, and technically good but they had lacked the “sizzle” factor that Strictly pros like Giovanni [Pernice] have always injected into their performances to add the romance and sex to the narratives,’ Judi told us.

It comes after reports that the pair are falling for one another with the pair ‘really hitting it off’ according to reports. 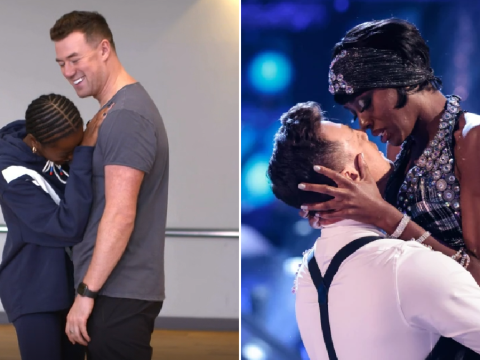 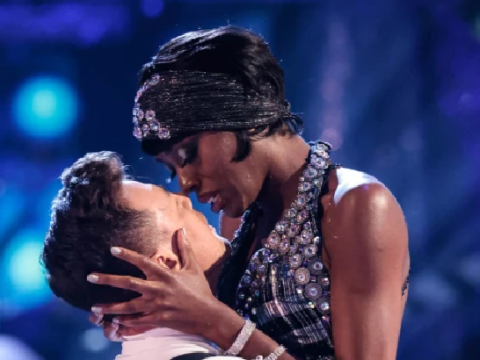 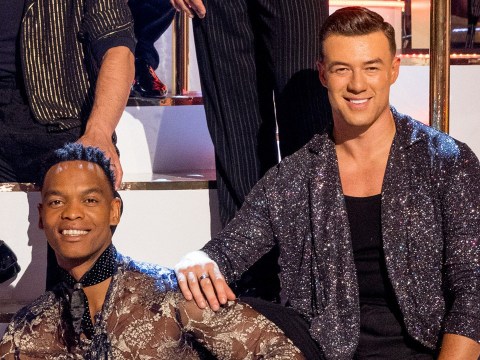 ‘Everyone backstage is talking about the sparks flying between AJ and Kai,’ an insider said. ‘It’s very passionate and intense whenever they’re together.

‘They’re both single and have really hit it off and everyone on the show is saying it’s only a matter of time.’

Strictly Come Dancing continues on Sunday at 7pm on BBC One.