The professional dancer, 26, and the TV presenter, 33, are partners on this year’s series and Kai was overhead telling AJ he ‘loves her so much’ during last Saturday’s show following romance rumours.

AJ looked effortlessly stylish as she stepped out in a multicolored stripy jumpsuit which she teamed with a long brown leather jacket. 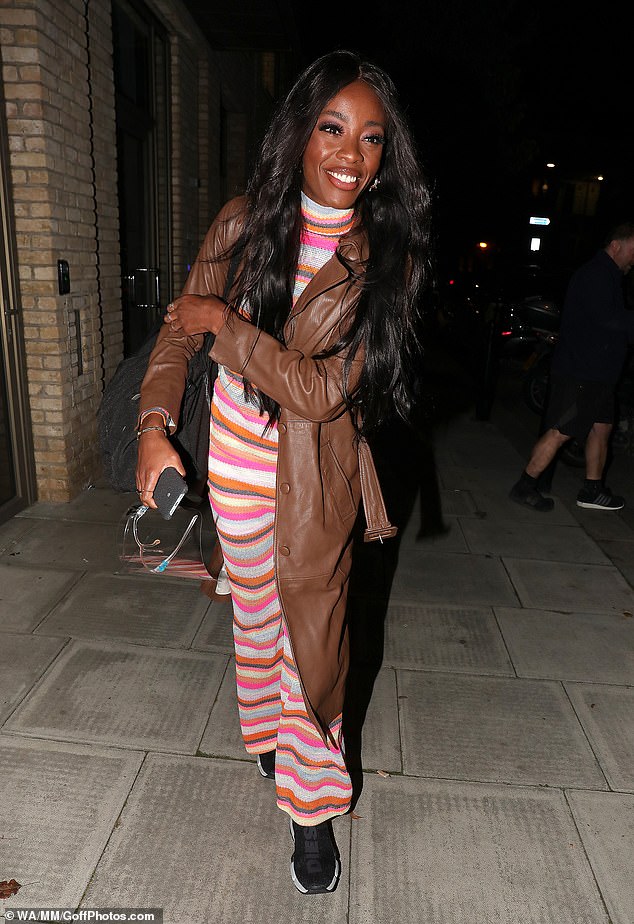 Romance: Strictly’s AJ Odudu and Kai Widdrington left their It Take Two appearance separately on Wednesday… after the pro said ‘I love you so much’ during their last dance 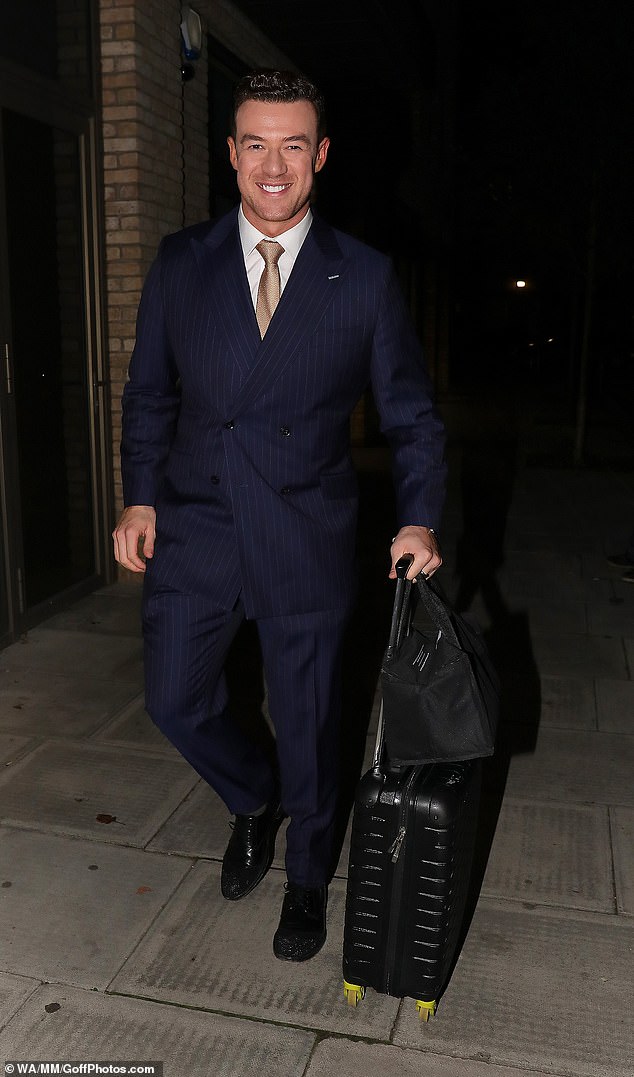 All smiles: Kai left the studios separately in his smart navy suit

She completed the look with comfy black trainers and carried all her essentials in a large black bag.