They are currently in fourth place among this year’s crop of Strictly Come Dancing partnerships.

And Greg Wise and Karen Hauer were back in rehearsals with some colourful props in London on Tuesday.

The actor, 55, sported a bright orange feather boa around his neck along with a multi-coloured striped shirt outside the studios. 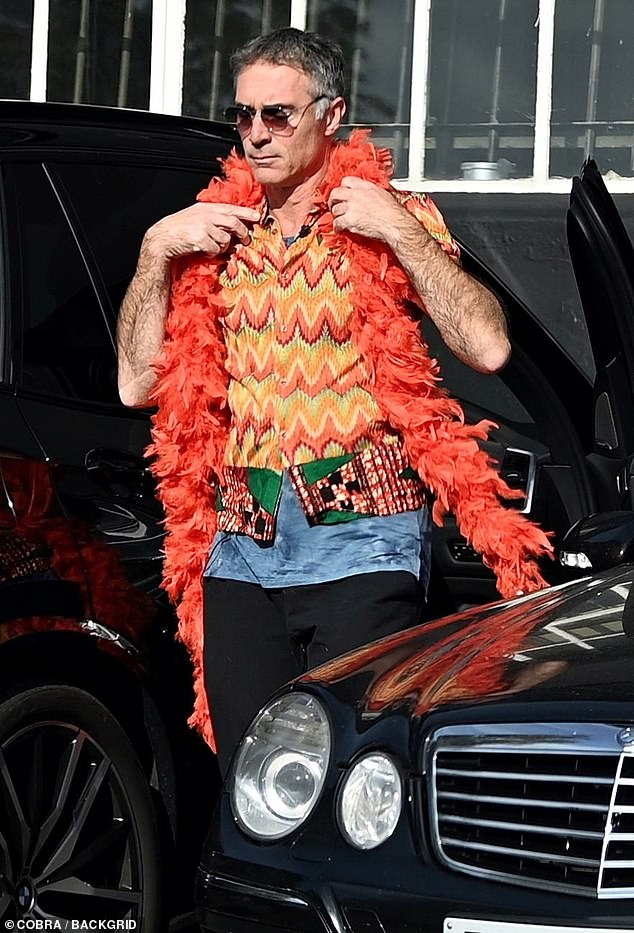 Rehearsals: Greg Wise sported a bright orange feather boa around his neck along with a multi-coloured striped shirt as he took part in Strictly Come Dancing rehearsals on Tuesday

Greg looked effortlessly cool for the day as he also sported a pair of round sunglasses and dark trousers.

The film star looked in good spirits as he chatted with Karen, 39, while on a break from their dance training.