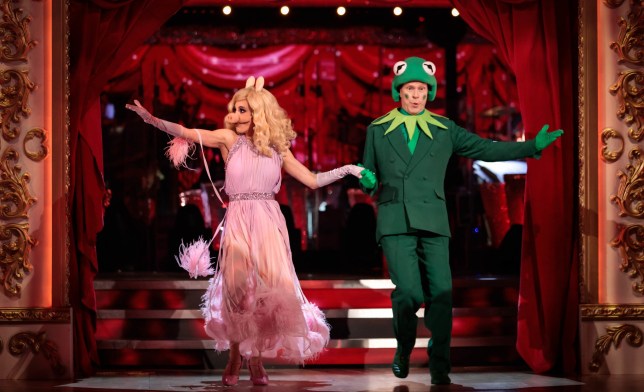 Robert has been forced to drop out of the competition (Picture: PA)

Robert Webb was told that his heart was going to fail unless he underwent open heart surgery two years ago.

The Peep Show star has dropped out of Strictly Come Dancing citing ill health relating to his heart surgery in late 2019.

The 49-year-old said: ‘I’m extremely sorry to have to announce that I’m withdrawing from Strictly Come Dancing due to ill health.

‘Two years ago I had open heart surgery and although I believed I was fit enough to take on Strictly and its demanding schedule, it became clear that I had bitten off way more than I could chew for this stage in my recovery.

‘I had begun to feel symptoms that led me to seek an urgent consultation with my heart specialist, and it was her view that it would be better for the sake of my health to step back from the show.’

Webb had discussed his near-death experience in April 2020 in an interview with The Sunday Times, revealing that months earlier he had undergone surgery after doctors discovered he had a congenital heart murmur.

The comedian had been filming series two of Back with his comedy partner David Mitchell in October 2019 when a doctor told him he had a heart murmur during a routine medical check-up.

Robert had been filming Back when he discovered he had a heart murmur (Picture: Channel 4)

Two days later, Webb was told by a cardiologist that his heart would fail if he didn’t have urgent surgery for a mitral valve prolapse, and was ‘literally just walking around trying not to have a heart attack’ for the next three weeks.

His surgery was scheduled for November 1 and although the hospital tried to delay surgery due to a problem with the intensive care unit, the cardiologist told the surgeon: ‘You can’t send him home for five days, he isn’t going to last two days.’

Webb said the operation was ‘a bit touch and go’, as he lost two thirds of his blood cells.

Prior to his diagnosis, Webb had put his tiredness down to his drinking and smoking, telling the publication: ‘I just assumed, that’s the booze. I thought this is what you feel like when you’re 47 and you treat your body like a skip. I’d get really tired very quickly — I was very tired — but I thought, f*** it, I’m 47. I didn’t realise how unwell I was. I had no idea.’

Webb has been recovering and building back up his health ever since, and was a surprise signing to the cast of Strictly 2021.

Robert got to do three dances (Picture: PA)

However, it seems it was a bit too early for the father-of-two to join such a physically demanding show.

Webb, who was partnered with Dianne Buswell, said of his time on Strictly: ‘I’m proud of the three dances that Dianne Buswell and I managed to perform and deeply regret having to let her down like this. I couldn’t have wished for a more talented partner or more patient teacher, and it’s a measure of Dianne’s professionalism and kindness that I was able to get as far as I did. 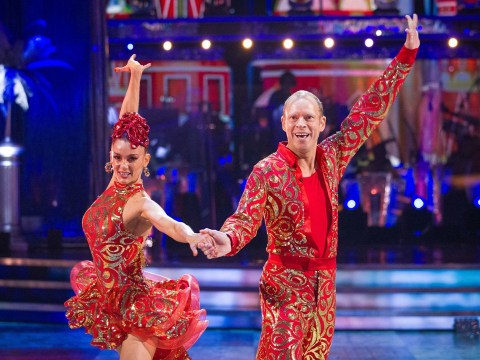 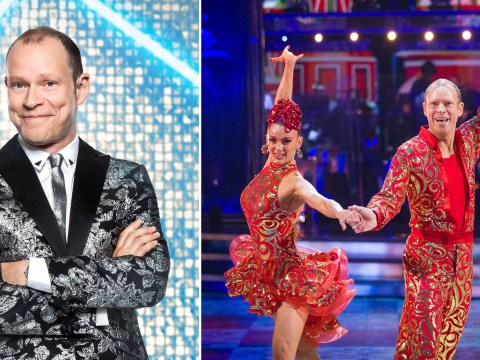 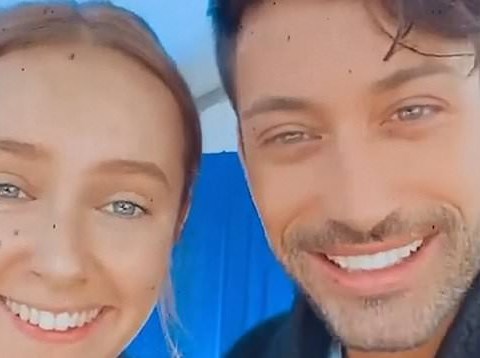 ‘Thanks too to everyone at home who voted for us. It was always going to be a difficult mountain to climb (for one thing it’s made of glitter so it’s very skiddy) and I’ve been especially touched by the support from fellow heart patients. I think perhaps I was too eager to impress them.

‘They will know that recovery doesn’t always go in a straight line, and I hope they’re not too disappointed that I ran into the limits of my resilience much sooner than I’d hoped.

‘I leave knowing that Strictly viewers are in very safe hands and I’ll be cheering for my brother and sister contestants all the way to Christmas. Despite this sad ending, it has been a genuine honour to be part of this huge, joyful and barking mad TV show. Long may it continue.’

Webb performed three times on Strictly – doing a cha cha to Boney M’s Rasputin, a Tango to La Cumparsita by Machiko Ozawa, and a movie week quickstep to The Muppets Theme Song.