Chris Sutton has heaped praise on Manchester City following their 5-1 victory over Wolves in their Premier League clash on Wednesday evening.

Kevin De Bruyne scored four of City’s goals as they went three points clear at the top of the Premier League table and moved within four points of claiming the title.

Sutton said City’s performance at the Molineux demonstrated why they should be crowned as the Premier League champions and praised their ‘dominance’ and ‘authority in all areas of the pitch’. 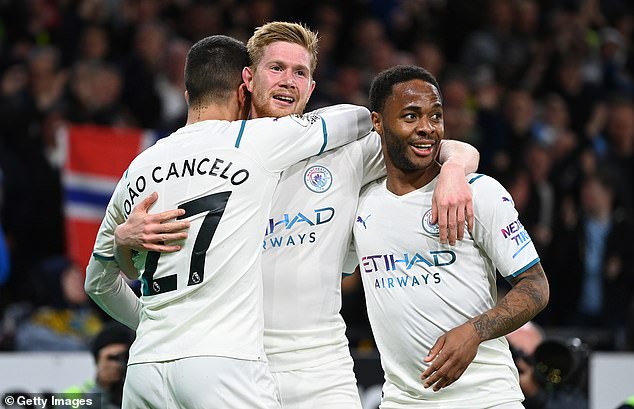 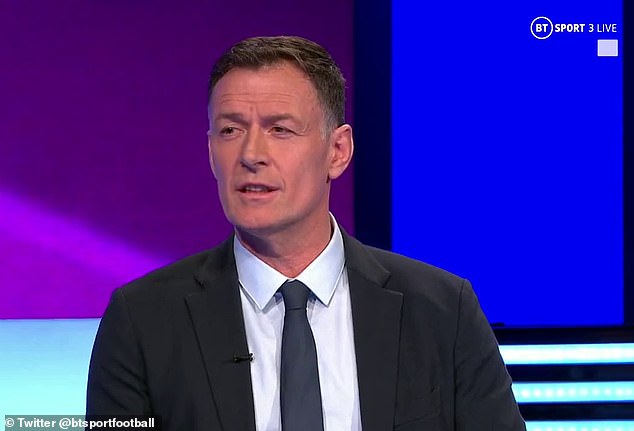 Speaking on Sky Sports after the game, Sutton said: ‘I think the display by Manchester City tonight was a display of Premier League champions. I thought it was a tough task before the game but 5-1 was really emphatic.

‘They are disappointed with the Champions League, but they are saying the Premier League is ours with that performance.

‘He was brilliant. Kevin de Bruyne was cunning. Manchester City were far too good. They are going to see [the title] through now.

‘This was a display of dominance, of real authority. They were so good in all areas of the pitch. It looks like there is no stopping them.’

Micah Richards agreed with Sutton by saying Manchester City were ‘absolutely brilliant’ from start to finish before crediting the team’s character for bouncing back after their Champions League defeat. 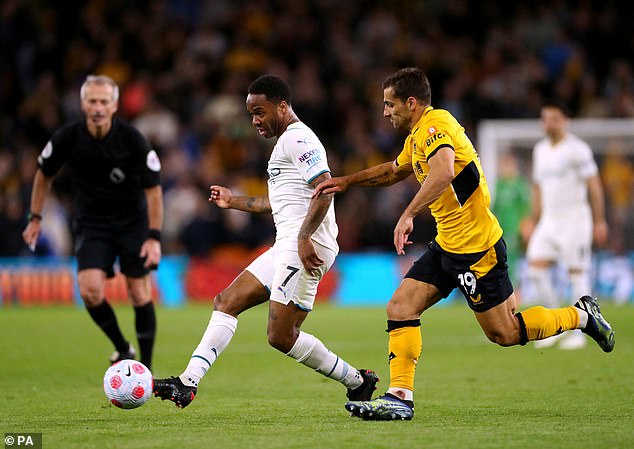 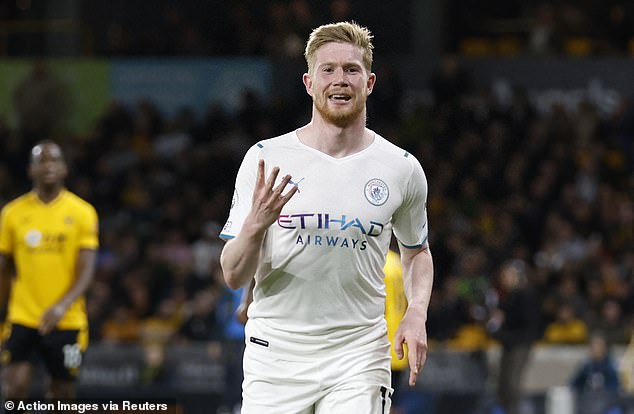 Speaking on Sky Sports, he said: ‘From start to finish, City were absolutely brilliant. The amount of times De Bruyne gets in places where people can’t pick him up, Bernardo Silva excellent, Foden playing his role.

‘When they lost against Real, have they got the character to come back and perform? They showed it vs Newcastle and they showed it away against Wolves today.

‘People were looking at this fixture thinking it’ll be hard, and they’ve shown why they’re one of the best sides in the world.’

Richards went on to speak about City’s upcoming fixture with West Ham by saying: ‘They’ve done their job tonight, onto the next game. West Ham will be a different challenge. West Ham will fight right to the end.’ 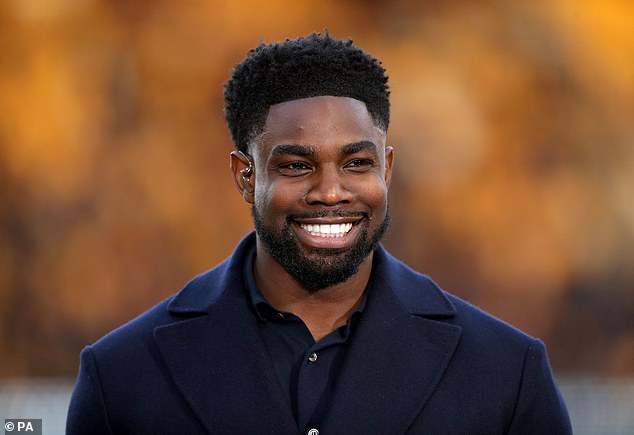