Perhaps Ken Choo will now have his wish and the Cardiff CEO can begin to flick through those CVs he collected before Sunday’s south Wales Derby.

If this doesn’t spell the end for Mick McCarthy, you wonder how many more straws his back can take.

Certainly league defeat No 6 on the spin – sealing the club’s worst run since 1985 at the home of their fiercest rivals – will do little to soften the mood of those Cardiff fans whose bus Choo had boarded a few hours earlier. 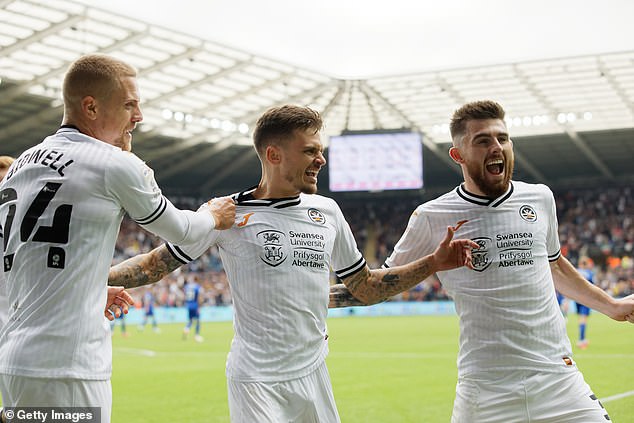 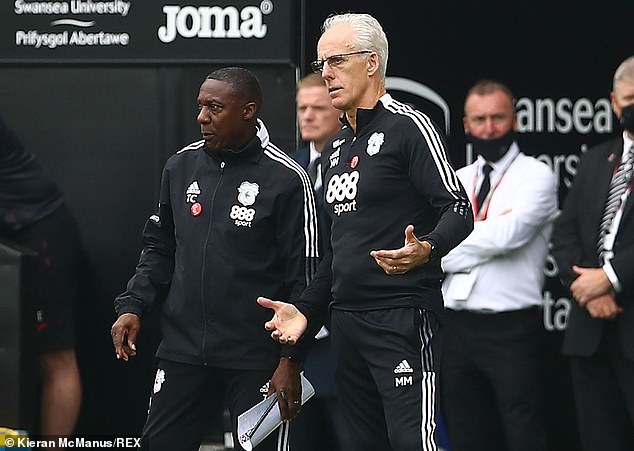 Surely not? Well, Choo didn’t deny it. Instead he later laughed the incident off. A rather unsavoury circus, all told, in which Swansea basked to secure the biggest win of Russell Martin’s short tenure.

Before this, only goal difference separated these sides near the foot of the Championship. Swansea now enjoy a three-point lead which, on this evidence, will only grow.

Jamie Paterson was their beating heart – no wonder team-mates chanted him back into the dressing room after he scored one stunner and brilliantly created further goals for Joel Piroe and Jake Bidwell. 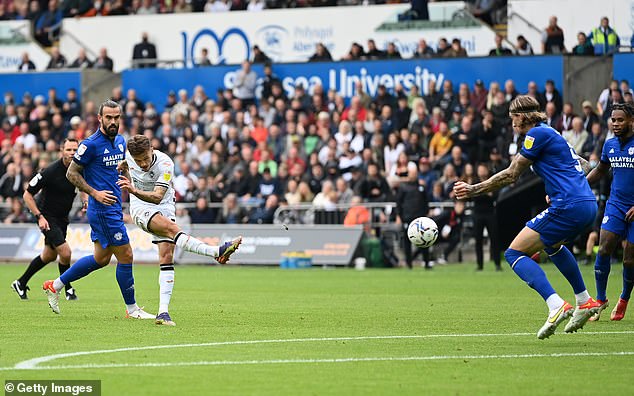 Penny for Choo’s thoughts now. ‘I can’t imagine that Ken would say that, actually, to people. And if he did I think it would be said to me and nobody else,’ McCarthy said. ‘Anything I’d have to say… I would speak to them personally. And that’s what I would expect,’ he added.

‘Until Ken tells me he said it, it doesn’t make a difference to me.’ That time might be nigh. What mitigating factors can McCarthy point to after six defeats in which his side have shipped 15 goals and scored only once?

Except perhaps their start here. Cardiff would have deservedly led had either Ryan Giles or Kieffer Moore not wasted brilliant early openings.

At the other end, Cardiff’s rearguard – made up of five centre-backs – largely frustrated Swansea, too.

True, they had the absence of VAR to thank for a third-minute penalty reprieve after Curtis Nelson’s challenge on Ethan Laird. But Swansea created little until Paterson’s stunner on 29 minutes. The goal, much to McCarthy’s visible frustration, stemmed from a wasteful kick from Alex Smithies. The goalkeeper recovered brilliantly to deny Piroe, only for Paterson to curl a shot from 25 yards which hit one post and then then other before crossing the line.

That sparked indecision among the home crowd: first they taunted McCarthy that he would be sacked in the morning. Then they pleaded with him to stay. 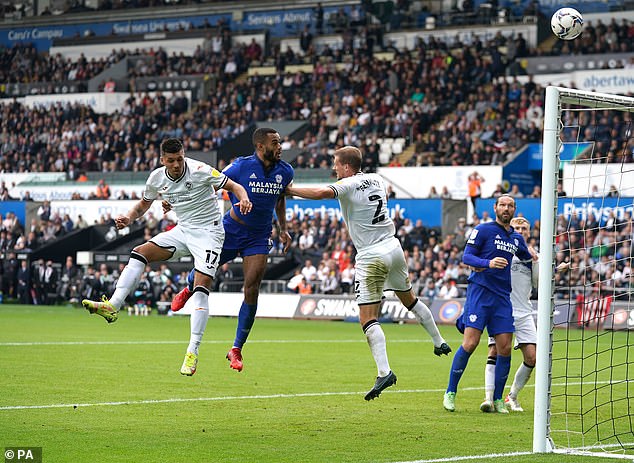 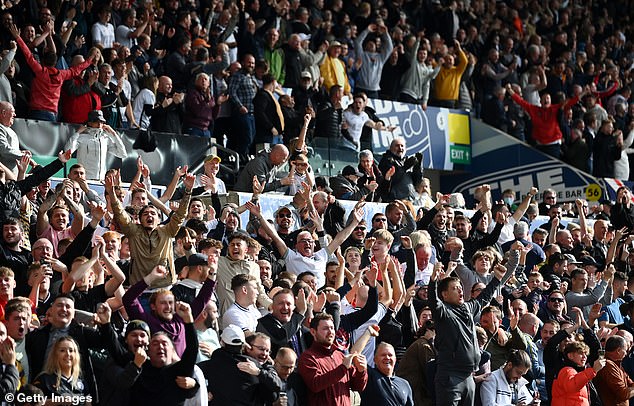 All that was certain? Cardiff needed to break with tradition to salvage something.

They haven’t scored a first-half league goal since May 1; no side has come from behind to score in a south Wales derby since 2010. Breaking those ducks would have been easier had the visitors kept the ball.

Unfortunately, Swansea enjoyed 74 per cent of the ball and Nelson headed over one of Cardiff’s few clear chances after the break. They paid the price on the hour, when a brilliant reverse ball by Paterson – signed in the summer as a free agent – found Piroe. As defenders demanded offside, he lifted the ball over Smithies. 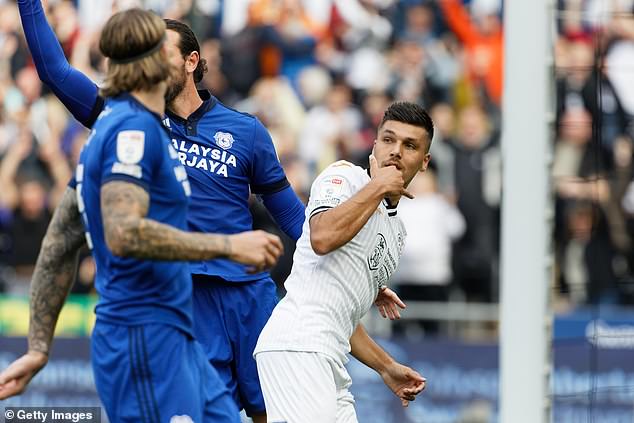 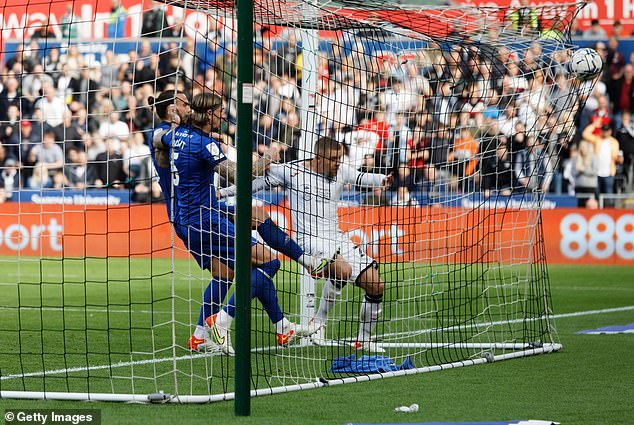 For Swansea, there was still time to add salt to wounds and, 16 minutes from time, Paterson cheekily lobbed the ball over Smithies for Jake Bidwell to bundle home.

In terms of ‘result and performance’, Martin said this was the peak of his reign so far: ‘An incredible performance,’ he said.‘

‘I feel like a performance like that has been coming. The difference is today we’ve done it.’