They announced their engagement recently, having dated for just over a year.

And Taylor Ward and her Manchester City star fiancé Riyad Mahrez stepped out together as they attended the Ivy restaurant’s Freedom Day Party in Manchester on Monday.

Taylor, 23, who is the daughter of reality star Dawn Ward, put on a leggy display in a pink striped playsuit which cinched in at her trim waist , and was paired with box fresh trainers.

Couple goals: Taylor Ward and her Manchester City star fiancé Riyad Mahrez stepped out together as they attended the Ivy restaurant’s Freedom Day Party in Manchester on Monday

She wore her tresses sleek and straight and sported a radiant palette of make-up.

Riyad kept his look casual in a Dior shirt, ripped jeans and trainers, paired with a black hat as he walked in the city centre.

The footballer and Taylor announced their engagement on Instagram last month, with Riyad reportedly proposing with a £400,000 ring.

Blonde beauty Taylor shared two loved-up snaps on Instagram and captioned the post: ‘Here’s to a lifetime of us.’

Taylor penned: ‘There’s no one I’d rather do this life with, here’s to a lifetime of us. Can’t wait to grow old together, btw I said YES! I Love You.’ 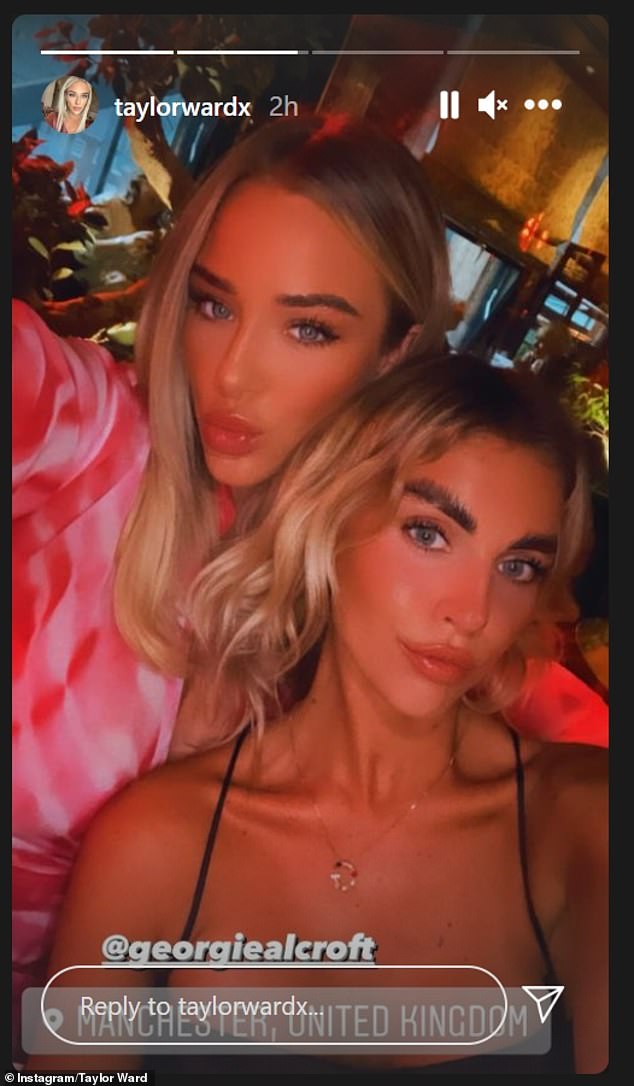 Night out: Taylor was seen letting her hair down inside the venue at the bash

The bride-to-be’s mum is Dawn, 47, and dad retired footballer Ashley Ward, 50, looked sensational in the snaps.

It is thought that winger Riyad, who was previously married for six years to Rita Johal and shares two daughters with his ex-wife, proposed after lunch on Monday.

A source told The Sun that Riyad went all out picking the perfect engagement ring for Taylor and had the £400,000 sparkler custom made. 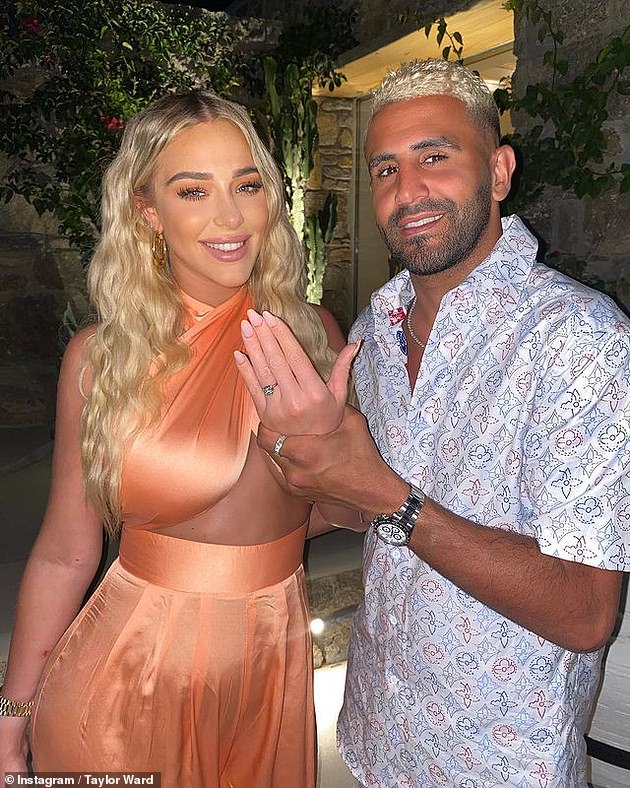 Popped the question! Last month, the Man City star announced he is engaged to his girlfriend of 16 months, Taylor, much to the glee of their family and friends