Reece Prescod says he needs to grow up and realise his potential after the 100m hopeful admitted he turned up overweight to the Olympic trials.

In a candid appraisal of his career, Britain’s most talented male sprinter revealed he was eight kilograms above his ideal weight when he struggled home in fifth at the national championships last month.

He only made it to Tokyo by virtue of a discretionary pick by the UK Athletics head coach Christian Malcolm, which came on the back of a turbulent year that saw him relocate to a US training base before a U-turn just two months later. 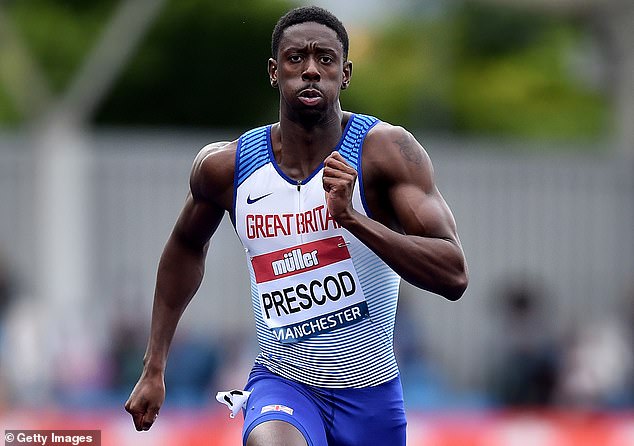 The concern within athletics circles is that the European silver medallist, 25, has been holding himself back — an assessment Prescod would seem to share based on a staggeringly frank interview with British reporters in Japan, where he is still skipping meals to reduce his weight.

Recalling eight-hour video game sessions and a reliance on fast food, the sprinter said: ‘I was well overweight at trials. I don’t know if it was American food or if I love Deliveroo too much. But I was 87kg. My race weight is normally 79 or 80.

‘I’m 83 right now so I’ve gone down a little bit and I’m not going to have lunch the next few days. I’m just going to have breakfast and dinner and make sure I follow the plan. If I get down to 80 I’ll have lost my lockdown weight.’ 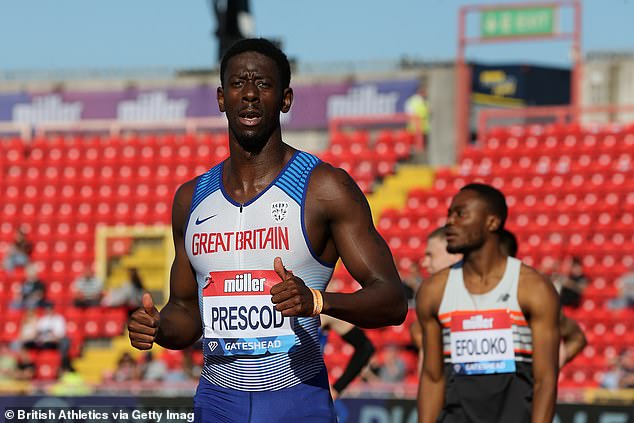 He added: ‘Deliveroo was the problem. Then I would jump on Call of Duty with the boys, and then we’re eating, a little snacks break, and instead of having a fruit salad I might order from Cake and Custard Factory.

‘Before you know it it’s a jam tart, a pink icing cake with some custard, and then I’ve ordered two and an Appletiser and then I go to bed. You do that for a week and it just ends up going on.’

Prescod has been working with Marvin Rowe since aborting his American plan and explained how his straight-talking coach has inspired a belated shift in attitude.

‘I need to knuckle down,’ Prescod said. ‘With my coach Marvin, he is strict and so honest with me and doesn’t sugar-coat anything. I think I’ve just got to follow that path. 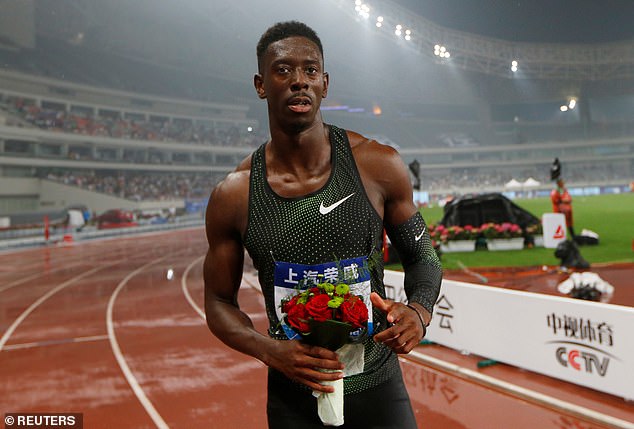 ‘There are a lot of opportunities that are coming up (with the Olympics followed next year by the World Championships, Commonwealth Games and European Championships). I think I need to lock in now.

‘I wouldn’t say I am an old man but in terms of living like a boy, I feel I have done everything. Now the only thing I really want to do is get better at athletics.

‘Now, we all know you have got to get rid of the cake and custard and just bring it home.’