There are a couple of things worth keeping in mind when discussing Katie Ormerod and her second trip to the Winter Olympics.

One is that she knows what it is like to break her back. The other is that broken backs have nothing on the pain that she felt four years ago.

‘That was a paper cut by comparison,’ she says. ‘I didn’t think it was possible to scream as much as I did in Pyeongchang.’ 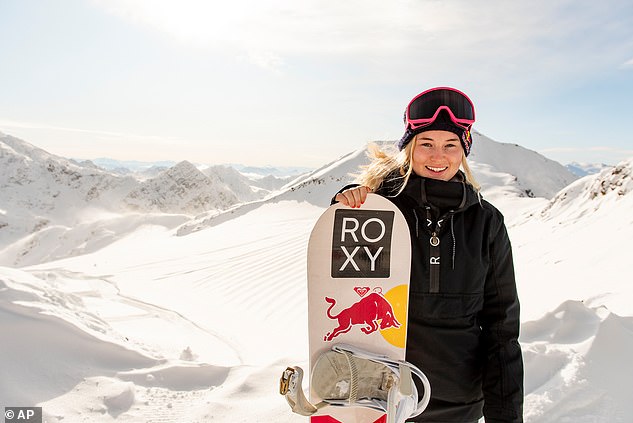 She’s talking about February 8, 2018, in South Korea. The Winter Olympics. It was a Thursday, the day before the opening ceremony.

She had travelled with her snowboard as one of Britain’s strongest hopes of an Olympic medal, just as she will be again in Beijing next month. If you know much about what happened last time, you will surely hope her luck has improved.

‘It was just awful,’ she says, and yes, it was. She had fractured a wrist on her first day of training upon arrival in Korea but on her second she then came off a rail a fraction early.

Nothing wildly unusual in that, except the outcome — Ormerod’s heel had split in half up the middle, like a block of wood struck by an axe. Team doctors had never seen anything quite like it.

‘Maybe I was a degree out on the landing, I don’t know,’ she says. ‘I didn’t hear a sound or anything that you sometimes get with a broken bone. But it was excruciating pretty much instantly.

‘The thing is, it wasn’t a bad fall. It was a freak injury — I could land like that 100 times, 1,000 times, and nothing would happen but it happened to me at my first Olympics, when I was going there with ambitions to get a medal. I was taken to the emergency centre where they tried to take my boot off, which was an agony I cannot even describe. 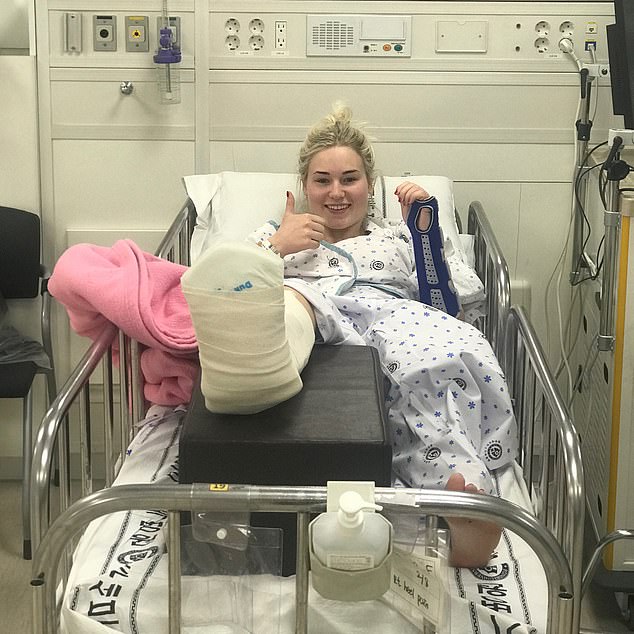 ‘It was an ordeal, and it was getting cut off in pieces. So much pain. I can’t think about it now.

‘I just remember all the medical staff at the hospital (in Seoul) were being really lovely, but there was a language barrier and the whole thing was the scariest experience of my life.

‘I didn’t really know what was going on and I was terrified and in agony and my Olympics were over. Just a horrible thing.

‘I’ve had injuries before — I have chipped vertebrae, shoulders, knee ligaments. But nothing like this. It just was not how I ever expected my first Olympics to go.’

Ormerod spent a week in hospital in Seoul, where she began a monstrous, complicated recovery that would require seven operations over the course of the next seven months.

Even now there is a darkened patch on her heel where she had a graft using pig skin, necessitated by her flesh in the area getting infected and turning black.

At times she wondered if it would be a ‘career-ender’, given the pain she still felt while walking a year on. At others, she worried how she would ever get back to the top of her sport. 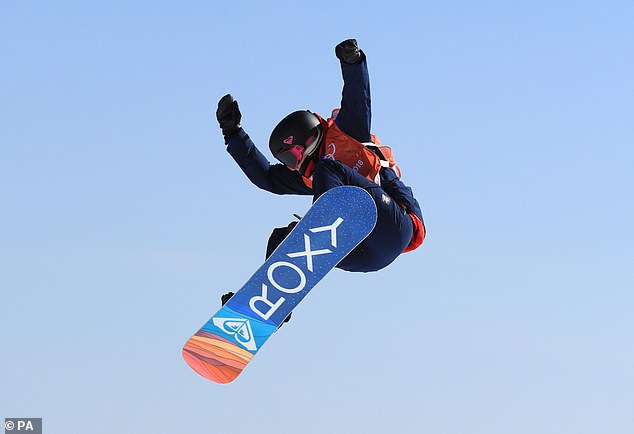 Shared by Ormerod on Instagram, x-ray scan revealed her heel had broken in two pieces

But that was then. Ormerod can take a philosophical approach to the adversity now because she is close to exorcising the ghost, with the Olympics starting on February 4.

Again, Ormerod will be among the slopestyle favourites, and once more she will be one of the sharper prospects from a nation not naturally equipped for excellence on snow.

In 2020, her comeback season, she won the slopestyle World Cup, becoming the first British woman to win a Crystal Globe. In the past two months she has also racked up top-four and top-five finishes respectively in the slopestyle (racing a course of obstacles and jumps) and big air (aerial tricks off a large jump) disciplines of World Cup events.

As one of Red Bull’s prime athletes, Ormerod is expected to be a contender in Beijing, particularly in slopestyle, though it is a byproduct of her injury that she is not thinking in those terms anymore.

‘I went to Pyeongchang to get a medal,’ she says. ‘I think differently now, because there was a point in my rehab where it was really close to being career-ending, and that was really hard to take. 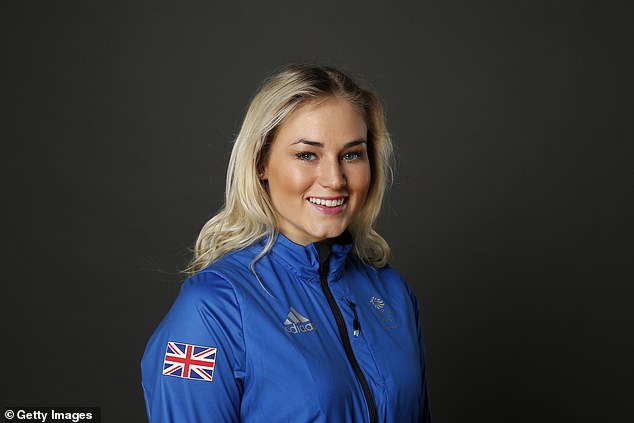 ‘It was never like quitting was an option to me, because in my head I was saying, “No matter how long it takes, even if it takes me years, I’m gonna keep working on this to get back to how I was”. But I was also aware of the fact that for a while I couldn’t walk without being in horrific pain and things like that.

‘It was a lot of work to even just walk pain-free again, so when I could eventually walk without pain and snowboard, I just felt so grateful and thankful for every contest I competed in. Still do. Part of that is being in the moment and competing without focusing solely on the result.

‘Having that frame of mind, I actually had the most successful season in my career, where I got several World Cup podiums and the Crystal Globe on my comeback. I was just making the most of every day on snow because the injury made me realise that you just don’t know what’s around the corner.

‘I’m keeping that approach now. But I also feel I am going to Beijing in the best shape of my career. I do. Everything has been good. Now I just hope that when I am out there, I can piece a good run together.’