Those playing in the second match off the first tee in the third round of an Open Championship don’t normally attract much attention. But Bryson DeChambeau is no normal golfer.

He might occasionally have trouble uttering the traditional word of warning, ‘fore’, when his ball veers towards fellow human beings, but there is no doubting his widespread popularity.

When DeChambeau left the practice range before his opening tee shot, the adjacent grandstand all but emptied of spectators. Which was no surprise. He is the man everyone wants to watch. 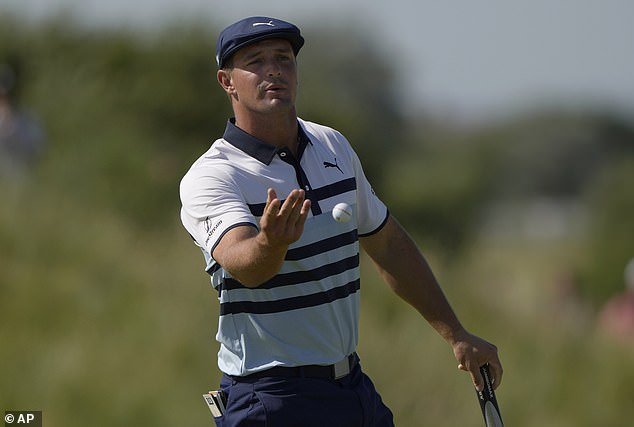 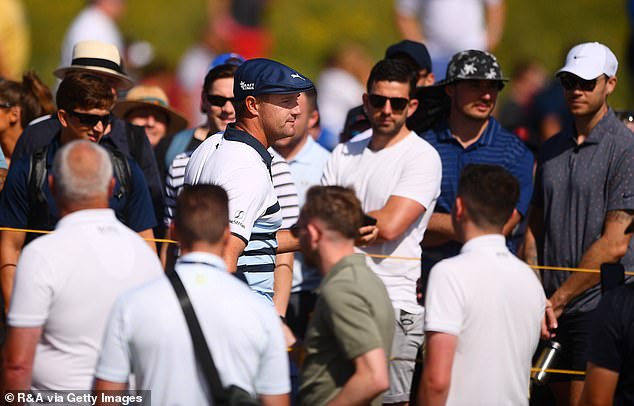 Big and brawny, the former US Open champion is also a game-changer. The length and thickness of the rough at Royal St George’s this week is an obvious effort by the tournament organisers to rein in the long-hitting Californian.

And it’s working. While DeChambeau predictably ranked first in driving distance over the first 36 holes, he started his third round 65th in fairways hit. On the opening day of this 149th Open, he found the short grass with only four of his 14 drives and hit just 11 greens in regulation as he shot a one over par 71.

Famously, his Cobra driver got the blame for that performance. During an extraordinary diatribe, DeChambeau said the longest club in his bag ‘sucks’ — an assessment that provoked a strongly-worded rebuke from Cobra, then a grovelling apology from the 27-year-old. 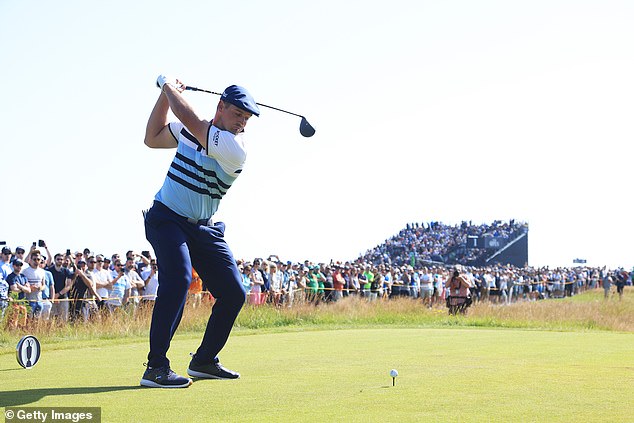 One day later, DeChambeau hit 10 fairways and 12 greens en route to a 70 that saw him make the halfway cut with nothing to spare. In all, nine bogeys littered his two scorecards, an unusually high number of errors for a player ranked six in the world. 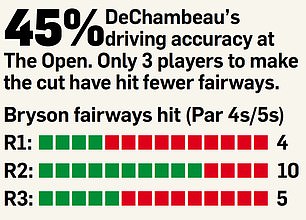 Day three turned out to be even worse. Only twice, at the long 14th and the par four 17th, did DeChambeau make birdies, cancelling out the shots he dropped either side of the downwind par five. More problematic was the sloppy double bogey six he made on the par four 9th. In the end, it all added up to 72.

On three over par for the week and a distant 15 shots off the lead, DeChambeau was understandably downbeat after signing his card. Just about the only thing that raised a smile was his decision to hit his driver at the 14th, where he made the 335-yard carry over the ‘creek’ crossing the fairway. 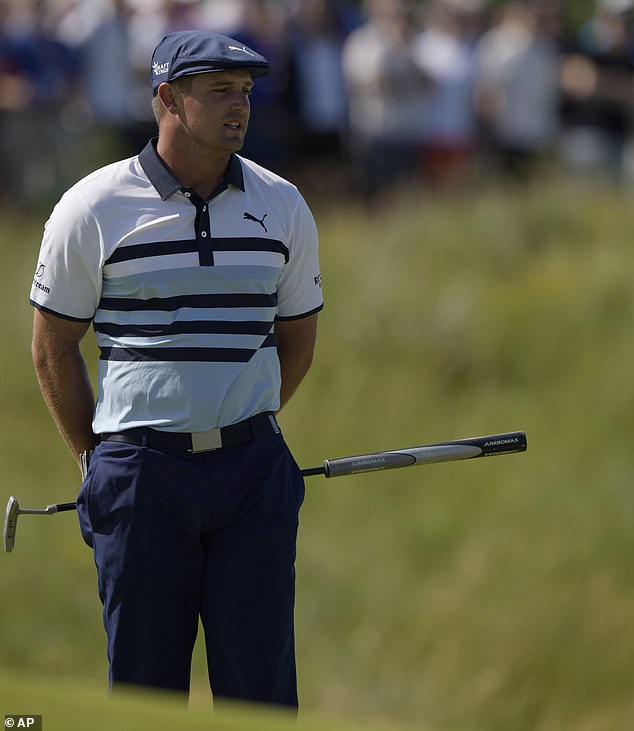 DeChambeau ended the day 15 shots off the lead, and said it was his ‘hardest tournament’

‘This is definitely the hardest tournament for me to figure out,’ he said. ‘I was willing to take the risk. I just wanted to give the crowd a little something. They’ve been awesome to me here. They want me to hit my driver a lot. But sometimes I just have to hit an iron.

‘So they can boo me if they want. It’s funny and I love it. I try to be as authentic as I can be. I don’t want to be a robot out there.’

Still, near-anonymity is clearly not his thing. And, at least this week, fame clearly isn’t all it is cracked up to be either.