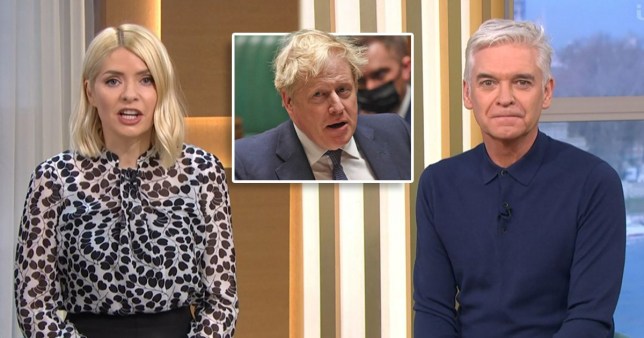 Holly and Phil will surely have lots to say on the latest apparent scandal (Picture: ITV; PA)

This Morning went live to Wednesday’s Prime Minister’s Questions as Boris Johnson addressed an email appearing to show Number 10 staff encouraged to attend a garden party – at the height of the pandemic in 2020.

Holly Willoughby and Phillip Schofield informed fans the show would join Prime Minister’s Questions at midday, in order to see Mr Johnson challenged over rumours of a gathering in May 2020.

Previously leaked emails alleged a ‘Bring Your Own Booze’ party was held in the garden of Downing Street on May 20, 2020, with 100 staff members invited.

They were told to ‘make the most of the weather’ whilst the UK was in the midst of a lockdown during the first wave of the Covid pandemic.

As This Morning viewers joined PMQs, they saw Mr Johnson begin his speech by apologising, telling the chamber: ‘I want to apologise, I know people have made extraordinary sacrifices.

‘I know the rage they feel with me, and with the Government, I lead… when they think Downing Street itself the rules are not being properly followed by the people that make the rules.’

He went on to comment: ‘I have learned enough to know there are things we simply did not get right and I must take responsibility.’

At the time, members of the public were only allowed to meet one other person outdoors.

Leader of the Opposition Keir Starmer launched a blistering attack in response.

He said of the Prime Minister: His defence he didn’t realise he was at a party… it is so ridiculous that it is actually offensive to the British public.

The email was shown to viewers on This Morning (Picture: ITV)

‘He’s finally been forced to admit what everyone knew, when the whole country was locked down he was hosing boozy parties in Downing Street.

‘Is he now going to do the decent thing and resign?’ asked the Labour leader.

‘That apology was pretty worthless wasn’t it,’ Mr Starmer added.

Back in the studio, the presenting duo spoke to political expert Camilla Tominey who said of the Prime Minister’s apology: ‘I think trying to tap into public sentiment is no bad thing, the question is, will it be enough?’ 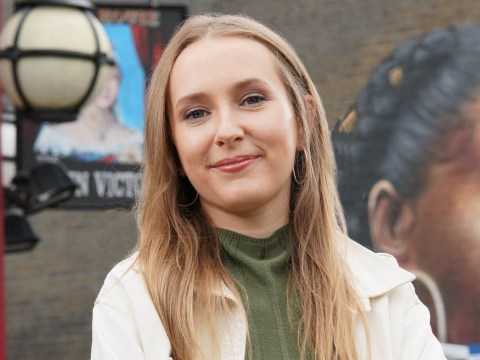 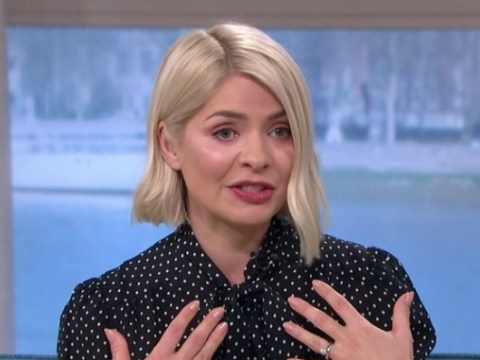 Holly Willoughby refuses to be ‘fearful’ of menopause: ‘It’s my next phase of life’ 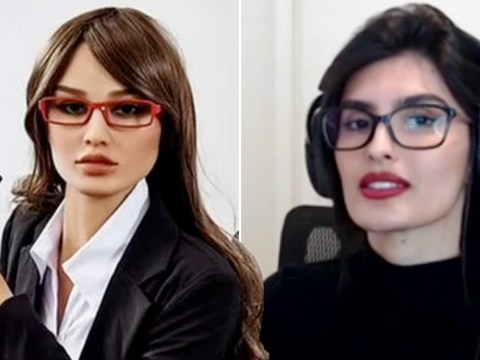 Holly noted: ‘I also don’t think many people in the workplace are encouraged to bring their own booze.

This Morning airs weekdays from 10am on ITV.