British sprinter CJ Ujah believes Zen Buddhism and morning meditation could be decisive as he hunts for two medals in Tokyo.

The 27-year-old had been in danger of falling off the 100m map after some underwhelming seasons in the wake of a stunning 2017, in which he won both the Diamond League title and a 4x100m world championship gold medal.

Injuries robbed him of a place at the 2019 worlds, but ahead of his two-pronged mission in the 100m and relay here he has declared himself ‘the most confident I’ve ever felt in my track career’. 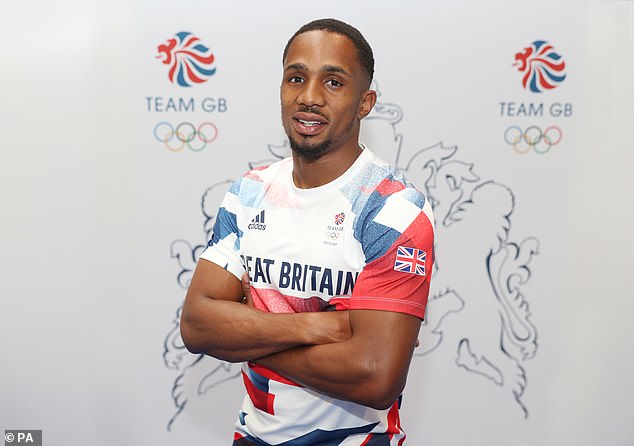 That has been partly achieved by 7am meditation sessions, which have carried through to his stay in the athletes’ village in Japan.

He said: ‘Since January I have listened to a lot of podcasts and an audiobook which is just looking at Zen Buddhism, that state of meditation.

‘Those are things I’m kind of into and it’s helping me. It’s about remaining calm in situations where it may not be so calm.

‘I spend a lot of time meditating and praying now – those are the two things I do in the morning. Sometimes in the 100m and you think about it so much, so my time away from track is spent just kind of reading and just learning different things.’ 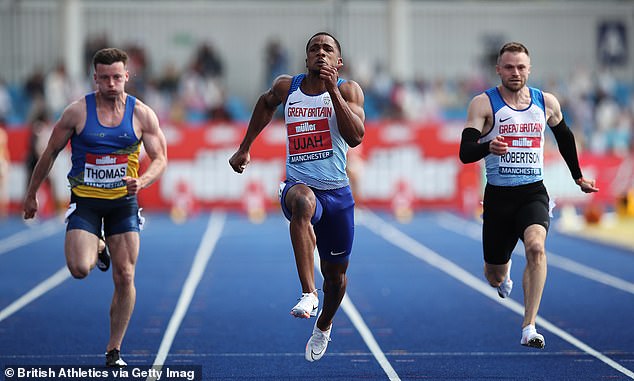 Ujah has shown promising form across the past two months but is yet to go under 10sec season.

However, with the 100m wide open in Tokyo, he will have a fringe shot at a medal before a stronger claim in the relay.

He said: ‘This is probably the most confident I felt in such a (relay). I can now honestly say to you we actually only aim to get the gold medal. Any other medal won’t be where we want what we want. And I firmly believe in these guys.’