Jonny Brownlee has confirmed he will move on to new challenges after winning a gold medal at his last Olympic Games.

The 31-year-old won gold in the mixed triathlon relay on Saturday morning with Jess Learmonth, Georgia Taylor-Brown and Alex Yee.

It means he has won a medal of every colour, after winning bronze at London 2012 and silver in Rio 2016 in the individual men’s triathlon – both races won by his brother Alistair. 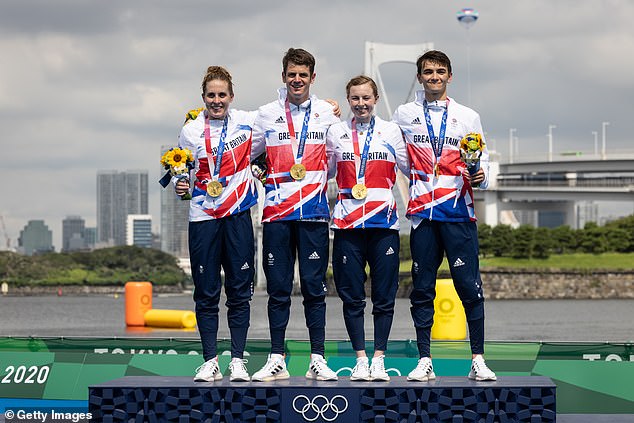 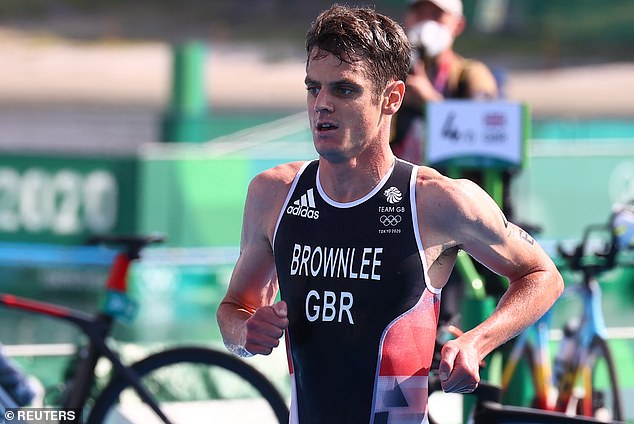 Brownlee joked that’s become less sure about his Olympic retirement but added that he ready’s to start a new challenge in his career.

When asked if it was his last Games he responded: ‘Yeah I think so, before today I said definitely and as the day’s gone on I’ve got less and less sure on that.

‘But coming into these Games I wanted to do everything I could and I trained as hard I could, prepared as hard as I could like most people do.

‘To come away with a gold medal and know that I’ve been to three Olympic games and got three Olympic medals, three different colours it means I’ve achieved more than I ever dreamed I would achieve at the Olympic Games so I’m very pleased with that.

When asked by Samantha Quek what the new challenge would be he added:  ‘Long distance triathlon. One of the great things about triathlon is you can go into long distance in Ironman or half-Ironman. 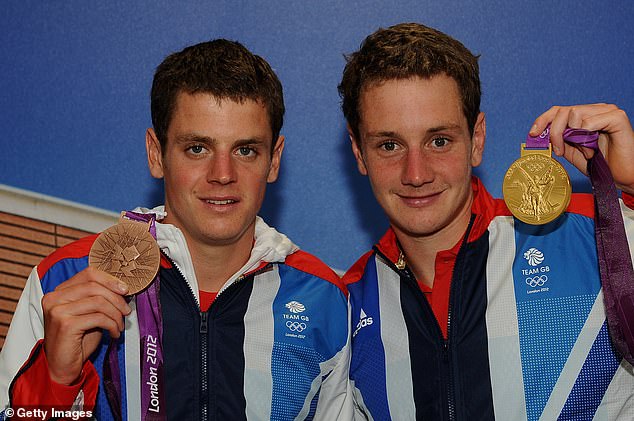 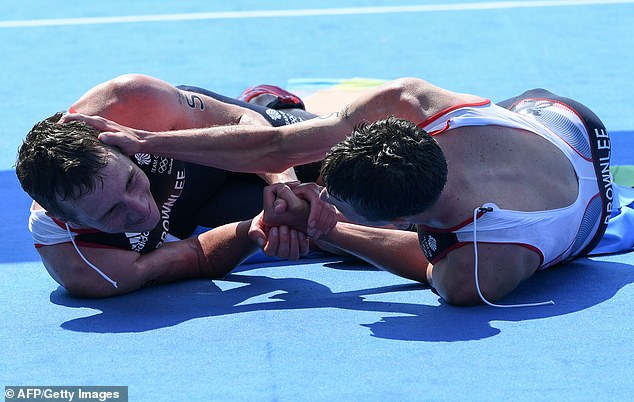 ‘Alistair tried the Ironman distance and I watched that and it looked awful so I won’t do that one for a bit. So half Ironman and we’ll go from there.’

The half-Ironman triathlon consists of a 1.2 mile swim, a 56 mile bike ride and a 13.1m run to finish the race.

Brownlee took on the second leg of the mixed triathlon from Learmonth and gave the quarter a comfortable lead before Taylor-Brown and Yee finished the job off to seal the gold medal.

Brownlee said: ‘It’s been brilliant to part of, brilliant to be part of this team. Alex on the last leg had unbelievable pressure on him, to have that head on such young shoulders is amazing.

‘And these guys (Learmonth and Taylor-Brown) were absolutely brilliant so to be part of this was incredibly special.’ 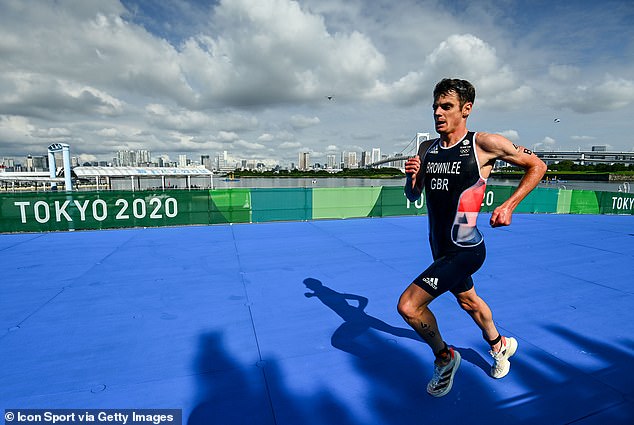