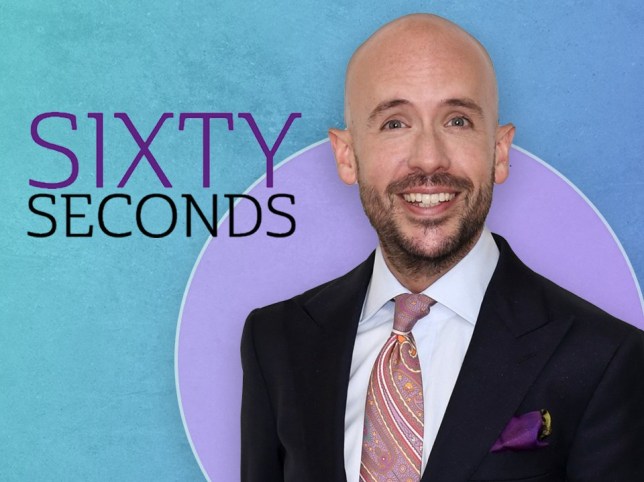 The comedian thought he was ‘never going to be able to come out’ (Picture: Rex/ Metro.co.uk)

The comedian, Bake Off: The Professionals and Quizness host, 38, on growing up gay, the importance of Pride month and his secret crush on Baddiel and Skinner.

Your book, No Shame, is perfect for Pride Month!

Oh, that’s very good of you to say. I wanted to talk about shame, which is talked about as a counterpoint of pride.

I realised I was eccentric and peculiar as a young person, and that made me feel a sense of shame. And my adult life has been a process of overcoming that.

What does Pride Month mean to you?

For a lot of people it’s complicated, especially if you grew up with Section 28 [which banned the discussion in schools of same-sex relationships] and homophobia.

And even though it’s wonderful that strides are being made in the law and in representation, that doesn’t simply flick a switch.

A love of Victoria Wood and Ab Fab was a hint to Tom that he was gay (Picture: BBC)When did you realise you were gay?

I always knew I was different from other children and I guess it’s connected to being gay — the fact that as a teenager I loved Noël Coward and, before that, Victoria Wood and Ab Fab.

I didn’t go, ‘I fancy men and therefore I like these things.’

I just liked all these things — The Wizard Of Oz, Flash Gordon, things with big camp appeal — and realised that was different from the age of three or four. I think the idea that I fancied guys was around the age of about nine.

Growing up, who was your celebrity crush?

I’ve not said this to them but Baddiel and Skinner, because they were wearing the football stuff for Three Lions. They’ll read that in this article, which will be nice for them.

Yes and I love it. I always wanted to feel I belonged to a community. I came out when I was 21 and when I first went to Pride I went on my own.

I’ve kept going and as I’ve got older, I’ve realised whatever your experience of it is, that’s the right experience.

What is important to emphasise in Pride Month is that pride in yourself is sometimes a journey because we have to overcome the shame that’s instilled in us by society when we’re very young.

I think there is a loneliness that we often experience. I know I did, growing up. We didn’t know any gay people and there were no gay role models on television.

Weren’t there gay people on EastEnders by then?

But we weren’t allowed to watch EastEnders because my mum said it was just people shouting. And I remember people making fun of the gay kiss at school.

It was always accompanied by outrage in the papers. It wasn’t, ‘Oh, isn’t it great? It’s representation!’ It was, ‘Is this acceptable? How will I answer my children’s questions?’

It wasn’t particularly joyful. I think it was only when Graham Norton went on TV that there was a figure who was having fun with everybody.

That was the first time I remember a sense of joy at being a queer person and having the experience of life that’s outside the mainstream. Until then it had all been about loneliness and listening to sad songs.

Seeing Graham Norton as a positive queer figure on TV brought Tom a sense of joy (Picture: Samir Hussein/WireImage)Did you always know it would be OK eventually?

I found the shame culture so insidious, I thought I would never be able to come out. I spent my teenage years hating myself for having any kind of sexuality and trying to bury it.

Did you go out with girls?

Yeah, but whenever it came to kissing, they would be, ‘Why don’t you want to get off with me?’

A big thing in my school was to be labelled frigid but I was happier to take that than to kiss someone I didn’t fancy. I know a lot of people do but that wasn’t me.

Who was your first boyfriend?

I’ve never had a long-term relationship. So much sadness and misery. I’m sorry, you wanted to speak to a comedian.

Do you get homophobia now, as a famous gay man?

I’ve noticed it most on social media but it’s often more the subliminal messaging: ‘Why does he act like that?’ or ‘I can’t stand his voice!’

But it’s a subtle way of saying, ‘I don’t like you because you’re different.’ Maybe it’s wrong to call that homophobia. Maybe they just don’t like me.

The book is very funny, by the way…

Well, the reason this book was so important to me is because I realised that there have been a lot of times that I’ve just wanted to skip around in the sunlight and be happy and exuberant but society and the world just squash that immediately.

And that’s what’s so exciting about this moment when you see wonderful people just being themselves. That’s something to celebrate and encourage.

MORE : This is how the loss of real-life Pride events and LGBT spaces during the pandemic has impacted the community

MORE : Ollie Locke: My mum didn’t know I was gay until Binky told her