Buckle yourselves in and strap up those loins because Top Gun: Maverick is one heck of a ball-busting thrill-seeking experience.

Cinema has been a little lacklustre on the action blockbuster front over the past two years, with mostly superhero flicks relied on to save theatres. Cue Tom Cruise, whizzing in at superspeed to make his grand return to screens after four years and more than three decades after he charmed Hollywood in his first major caper in the original Top Gun.

For those who still have a special place in their hearts for the OG film, you’ll be pleased to know that Maverick is still just as infuriatingly rebellious as ever.

Top Gun: Maverick sees Cruise reprise his iconic role as the Navy’s hard-headed rule-breaking aviator Pete ‘Maverick’ Mitchell, who is drawn back to the fighter tactic school to train up a new set of graduates for a special assignment. However, the ghosts haunting him after all these years threaten to unravel both Maverick and the mission.

The sequel hits the accelerator immediately and barely releases during its two-hour runtime, giving us pulsating action that appropriately sets the tone for the rest of the film. Directed by  Joseph Kosinksi, Maverick unapologetically leans into what the audience expects from a high-budget Cruise movie and delivers with a punch, as the audience feels every drop, swoop and loop-the-loop stunt which Maverick pulls at nauseating speed through the skies.

In any other movie the overly dramatic air fighting sequences could feel excessive but Maverick finds the perfect balance of hitting us with enough cliched moments before delivering an extra slice of teeth-gritting tension. As expected, Maverick excels when it comes to the cinematography which is consistently sharp, but where it truly shines is the sentimentality of the narrative. 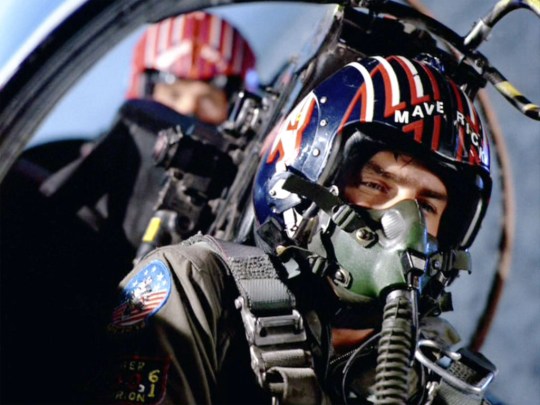 Rather than erase the cheese of its predecessor, Top Gun: Maverick unashamedly honours it with the opening scenes soundtracked to Top Gun’s classic Danger Zone that feels warm and familiar. We stay in this 80s-inspired vibe for a while before gradually transitioning to a slightly more modern score (courtesy of Lady Gaga), which is more fitting with the new recruits.

That’s the beauty of Maverick, so much of it is well-considered which is something to be appreciated in a Hollywood overrun with sloppy remakes, reboots and reimaginings.

The nostalgia is increasingly ramped up throughout the film with several references to Goose and the repeated glimpses of the iconic photo from the original, of Maverick and Iceman (Val Kilmer) warmly embracing each other which, by the way, is subtly recreated by frenemy graduates Rooster (Miles Teller) and Hangman (Glen Powell).

Glen Powell offered perfect one-liners but could have done with a little more screen time (Picture: Paramount Pictures via AP)

Monica Barbaro is put through her paces as Phoenix but holds her own (Picture: Paramount Pictures via AP)

As much as Maverick nods to the past, it leaves a good amount of space to welcome the new school at Top Gun.

Miles Teller as Goose’s son does a fine job of channelling Rooster’s resentment towards Maverick and he and Cruise strike up a strong rapport with each other, while Monica Barbaro is convincing as badass Phoenix, holding her own with the Navy banter, and Jon Hamm executes a solid performance with his disdain for Maverick palpable.

The new school bounces off Cruise’s Maverick effortlessly but perhaps a little more focus is needed on building some of the individual characters with a few reaching the finish line still as surface level as they started. Powell’s performance as Hangman is brilliantly engaging with his witty one-liners – a character clearly intended to fill the shoes of Val Kilmer as Iceman in the original – but the lack of meaty screen time feels like an injustice to his efforts.

Speaking of Kilmer, even with a strong line-up of new faces and the undeniable fact that this is Cruise’s tour de force, he completely steals the show in his brief cameo. The actor was remarkably able to take part in the sequel after undergoing surgery for throat cancer several years before, resulting in speech difficulties. His shared scene with Cruise is the most powerful, with Kilmer delivering nuanced expressions and reactions that say more in the moment than a script probably could.

Jennifer Connelly is a welcome addition to the cast as the new Penny – and can we talk about that chemistry with Mav?! (Picture: Paramount Pictures via AP)

But just when the sequel draws you into an emotionally-charged moment, it has the ability to snap you back out with a funny one-liner.

A lot of humour – and heart – can be found in many of Cruise’s scenes with Penny, who is now played by Jennifer Connelly and pulled off seamlessly. This love story does well in fleshing out Maverick’s character, which was easily in danger of becoming one-dimensional.

Maverick, the film, is a little bloated at 131 minutes but the pacing is timed pretty well with almost every scene serving its purpose – save for the random cheesy one-liners from B-list characters; it never really feels like it has overstayed its welcome.

Granted, a great deal of suspension of disbelief is needed to get through some of the action-packed scenes, for example, it genuinely seems as though Maverick is about to fly out and board the ISS at one point. Our mistake, that’s Cruise’s next movie. 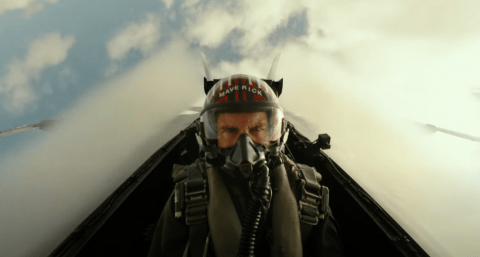 When is Top Gun: Maverick out? 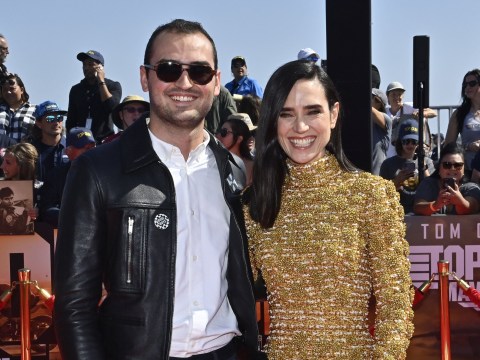 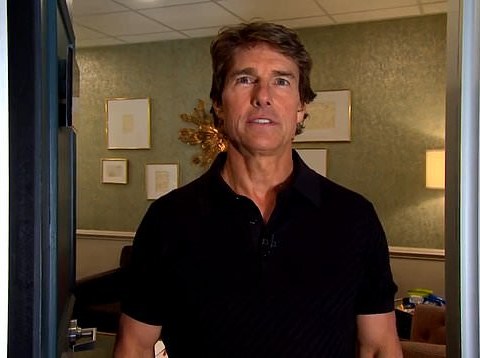 But if you can get past those few instances, Maverick is a thrilling journey with the perfect dose of nostalgia and vibrant new additions to make this adrenaline rush worth the heart palpitations.

It’s only May but we can confidently say that Top Gun: Maverick will be included in many ‘best films of the year’ round-ups by the time 2022 is done.

Top Gun: Maverick breezes into cinemas on May 27.