Ratner is vastly experienced having worked for the organisation since 2006 and backed up Dana White’s theory that the scales used by fighters at the hotel the night before weigh-ins may have been tampered with.

Oliveira claimed he was on weight the night before he weighed in officially and looked confused when he clocked in at half-a-pound over the 155-lbs limit last week. 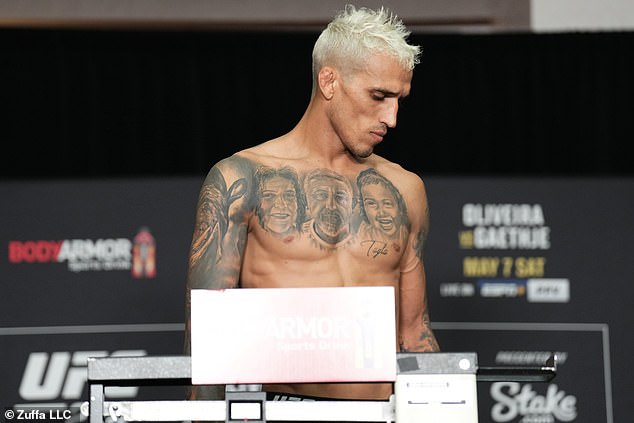 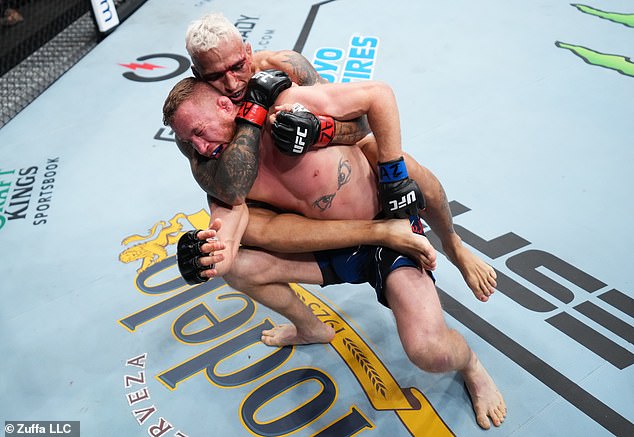 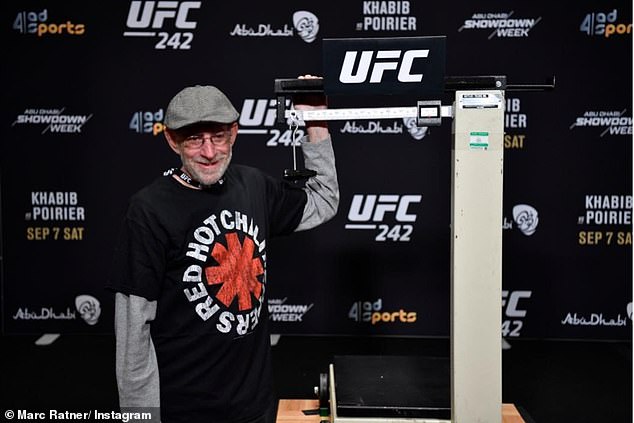 He was unable to sweat off the final amount and was subsequently stripped of his lightweight title before beating Justin Gaethje at UFC 274.

‘The official scale, which was the one they weighed in on Friday with the Arizona Commission between 9 and 11 was when that weigh-in took place, 28 of the fighters made weight,’ Ratner told MMA on Sirius XM.

‘So I’m very, very sure there was nothing untoward on that scale. That scale was accurate.

‘What people are talking about, the night before, there’s a scale where fighters can come down and check their weight.

‘Some fighters wanted to change the scale from pounds to kilograms, which you can do, and I think that may have knocked it — and we don’t have proof of anything — but it may have knocked the practice scale out of calibration.’ 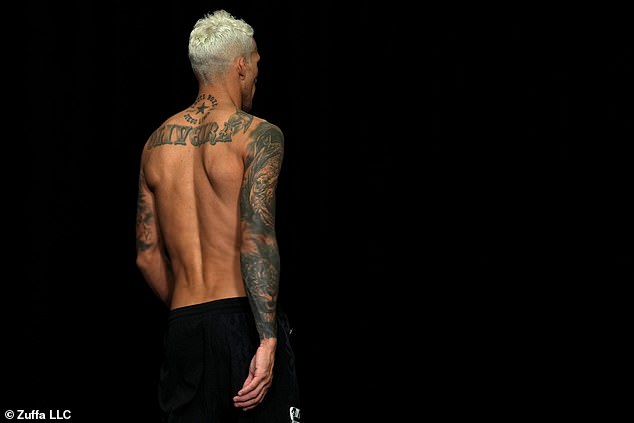 He went on: ‘When we found out there was a problem with the scale early on Friday morning, somewhere around 8 or 8:30 [a.m.], we got another scale that was calibrated and put it out there.

‘When the fighters first came down on Friday morning, they would go to the scale and then they would know if they were a little bit over and they had a chance to lose the weight.

‘I am not sure what time Charles or his camp came down on Friday but he’s saying he checked the weight on Thursday night and he was fine. I can say for sure on Friday there was nothing wrong with the official scale.’

There have been growing calls for a change in the way the UFC operate in terms of transitioning to digital scales. 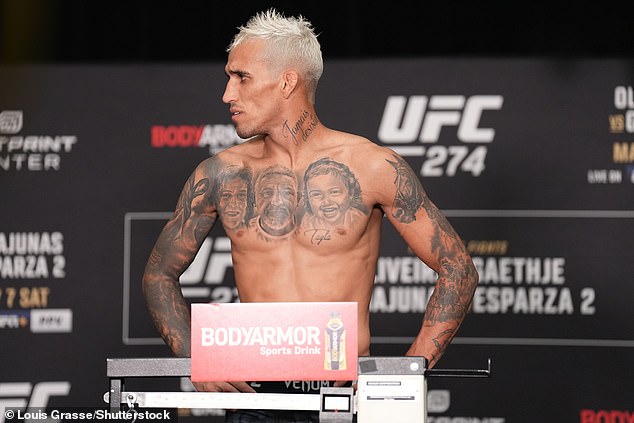 Questions have been asked about the veracity of certain weights for big events before, particularly ones involving Khabib Nurmagomedov when the official hardly took a second to look before declaring him on weight, and Daniel Cormier, who put his hands on a towel to help reach the mark.

But Ratner says there would be issues with going digital too. He added: ‘Digital scales sometimes you’ll get tenths of ounces, a pound is 16 ounces so you’d hate to have a regular fight and the weight is supposed to be [155 pounds] and you get up to 156 and on the digital scale you could weigh 156.2. Well that doesn’t make sense either.

‘We’ve always used the meat scale, it’s accurate, it’s balanced, it’s calibrated, so I have no problem using it. We’ve been successful using it for the past 15 years that I’ve been doing it.’