Here is Sportsmail’s live blog for updates on the Premier League clash between Tottenham and Burnley.

Not long to go…

Thanks to the inimitable Kishan Vaghela for taking us up to now – I’ll be taking you through the game today.

About 15 minutes to kick-off!

Spurs are now a point behind the Gunners with two games left and the momentum on their side. For wing-back Sessegnon, it showed not only how they had the mentality to rise to the occasion against their rivals but that they are ready.

Spurs are now a point behind Arsenal with two games left and the momentum on their side. For Sessegnon, it showed that they are ready to deal with intense pressure.

A reminder then of the state of play at the bottom ahead of the final two games of the season.

The Clarets have 34 points but currently sit above the drop zone on goal difference, having played a game fewer than Leeds.

Everton meanwhile sit on 36 points and one place above Burnley.

Burnley to avoid the drop?

It is almost remarkable just how often the favourites for the drop have changed in recent weeks.

Not long ago, it looked like a straight shootout between Everton and Burnley, before the duo put some wins together.

But the Clarets did beat Spurs at their own ground and will take encouragement from that. 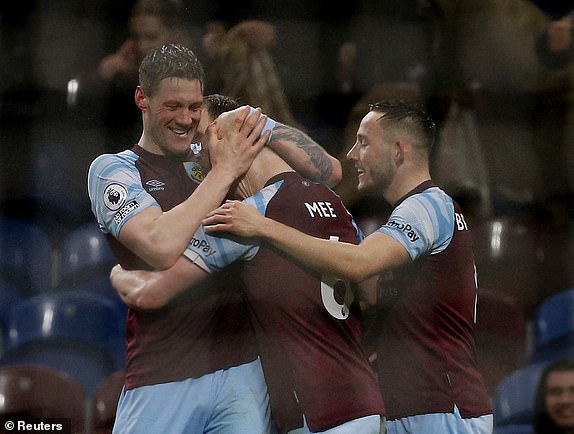 For all the talk of moaning on Thursday, Conte seems in a better mood today. 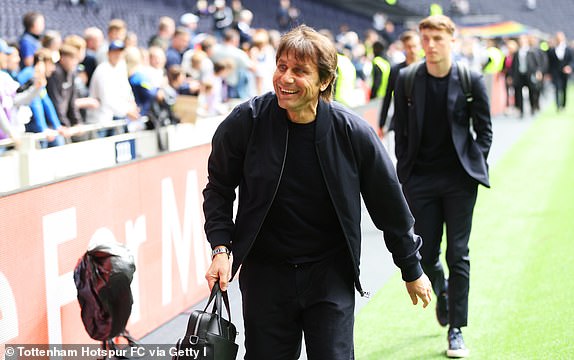 📋 Here's your Clarets side to face Spurs today 💪

Here's how we line-up against Burnley! 👇 pic.twitter.com/0X7LtMDd7t

The vital nature of the win on Thursday for Spurs cannot be underestimated. So where does that leave the top-four race.

Sportsmail fills you in on everything you need to know and who may claim that final spot in the top four.

Who will prevail as Spurs and Arsenal lock horns in the top-four race?

The race for top four took one of its most significant twists yet on Thursday night, with Tottenham’s 3-0 win over Arsenal in the north London derby ensuring it will go right down to the wire.

Two games to go, one point behind, the momentum is really with Tottenham after their north London derby victory against Arsenal on Thursday.

Antonio Conte’s men made light work of a game they simply had to win to stay in contention for a Champions League spot.

But now instead of facing a top-four rival they have a different sort of challenge in trying to get past relegation-threatened Burnley.