She recently revealed she was given the all-clear from bladder cancer four months ago.

And Tracey Emin appeared to be in great spirits as she stepped out for dinner with a friend at Scott’s restaurant in London on Tuesday.

The artist, 58, was diagnosed early last year after discovering a tumour in her bladder while working on a painting of a malignant lump, and she went on to have surgery last summer. 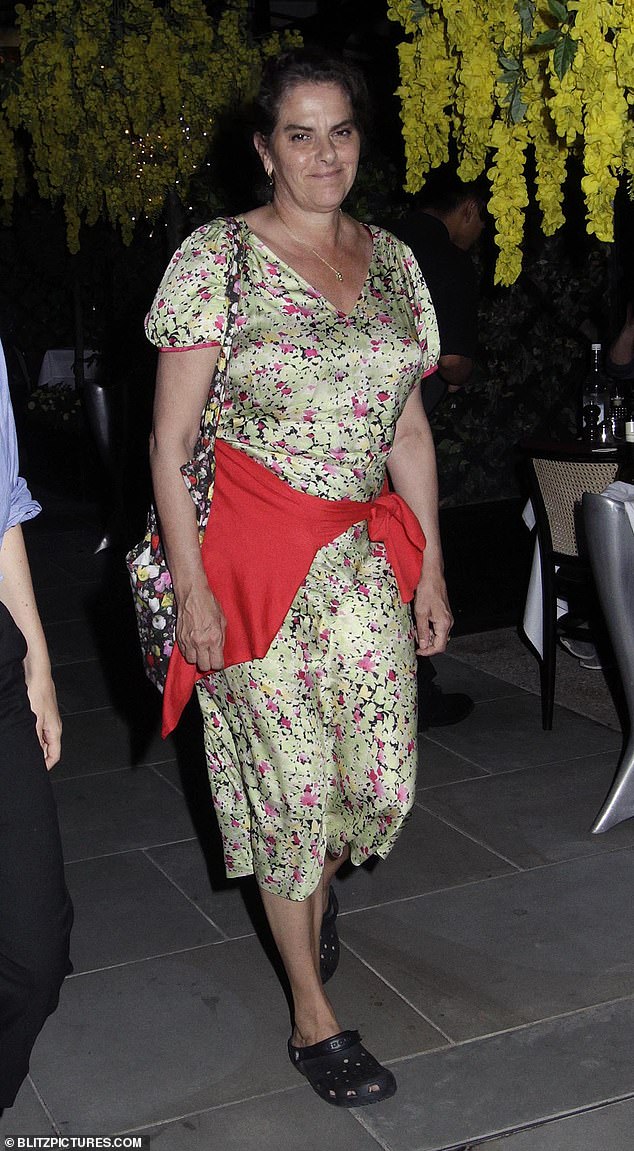 Outing: Tracey Emin, 58, showed off her quirky sense of style in a green floral-print dress and Crocs while out for dinner at Scott’s in London on Tuesday

Tracey showed off her quirky sense of style by wearing a green floral-print midi dress with black Crocs.

Despite the hot weather, Tracey wrapped a red jumper around her waist in case she felt cold during the evening.

Her brunette locks were pulled into a loose bun, while she accessorised with a simple pendant necklace and kept her personal items in a artistic tote bag.

Tracey had surgery last summer, where many of her reproductive organs were removed and she was fitted with a stoma bag. 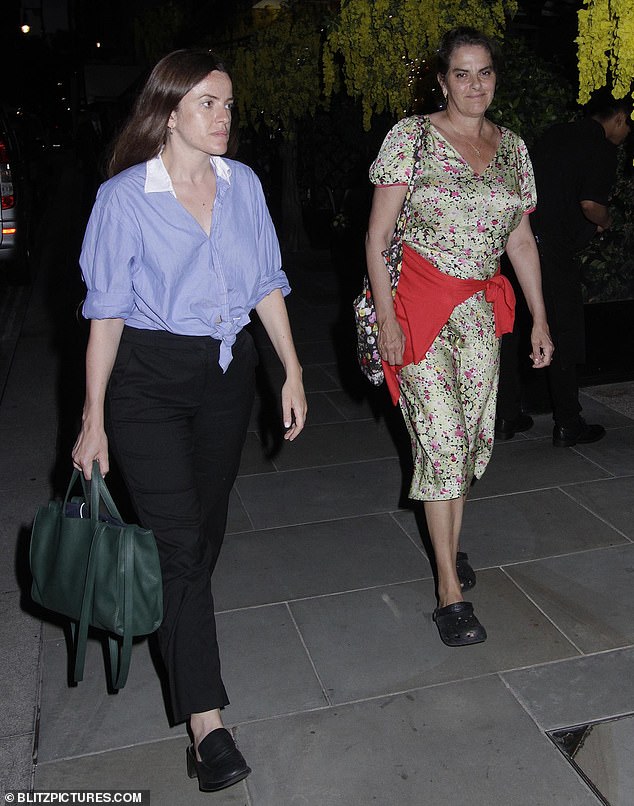 Ensemble: Despite the hot weather, Tracey wrapped a red jumper around her waist as she walked along with a friend in tow

WHAT IS BLADDER CANCER?

Bladder cancer is caused by a tumour developing in the lining of the bladder or the organ’s muscle.

It is the 10th most common cancer in the UK – but a little more prevalent in the US – and accounts for about three per cent of all cases.

The cancer is more common in men and has a 10-year survival rate of about 50 per cent. Around half of cases are considered preventable.

Symptoms of the disease include blood in the urine, needing to urinate more often or more urgently than normal and pelvic pain.

However, unexpected weight loss and swelling of the legs can also be signs of the killer disease.

Smoking and exposure to chemicals in plastics and paints at work can increase the risk of getting bladder cancer.

Treatment varies depending on how advanced the cancer is, and may include surgery, radiotherapy or chemotherapy.

Four months ago she revealed she’s ‘happy to be alive’ after ‘dramatic’ surgery to treat aggressive bladder cancer last year.

Tracey, known for her controversial works including Everyone I Have Ever Slept With and My Bed, told Emma Barnett on Woman’s Hour that she’d ‘never been so happy’ following her recovery from the illness.

Emin had discovered a tumour in her bladder while working on a painting of a malignant lump in early 2020.

The artist was suffering with very aggressive squamous cell cancer, which surgeons feared would kill her in months if it spread to her lymph nodes.

As a result, a decision was made to remove not only her bladder but also her uterus, fallopian tubes, ovaries, lymph nodes, urethra and part of her colon and vagina.

Prior to the surgery, the artist said she stayed up for 24 hours with her solicitor rewriting her will before sending an email to 70 friends breaking the news of her cancer and instructing them: ‘Do not contact me’.

She told the BBC Radio 4 programme that after recent scans showed she’s free of cancer, she’s now focused on enjoying life, despite suffering from chronic pain and wearing a stoma bag.

She said: ‘Sounds weird but I’ve never been so happy. So some people would feel very unhappy in my situation now. But I realise how amazing my life is. And I never realised before.’

Emin compared her major surgery to having a child or gender reassignment, saying: ‘I think anyone that’s had this sort of dramatic surgery understands what I’m talking about. But actually, there’s not that many people.

‘It is probably the same as maybe someone who has had a sex change, about what you would have to do to get it back. At the moment, I’m just really happy to get my life back. And I’m not being greedy.’

The artist admitted she oscillates from being ‘deliriously happy’ to, ‘Oh dear, now I’ve got to get on with it’.

Tracey told Barnett: ‘I think it’s a bit like having a baby – you have a baby and you’re pregnant and it’s really difficult, the pregnancy, and then you have the baby and you think, “Now it’s the rest of my life”.

She added: ‘With this surgery and with everything, I am so happy to be alive. And now I’ve got to get on with the consequences of it all.’

The artist said she will now move to annual cancer scans. 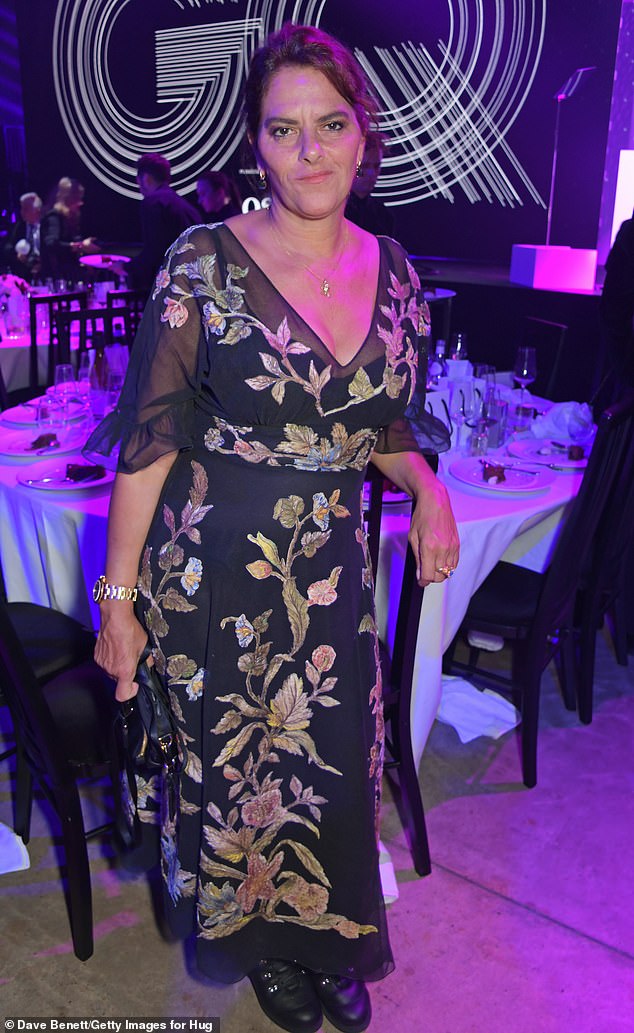 Candid: Tracey had surgery last year, where many of her reproductive organs were removed and she was fitted with a stoma bag, she has now been given the all clear from bladder cancer (Pictured in 2019)