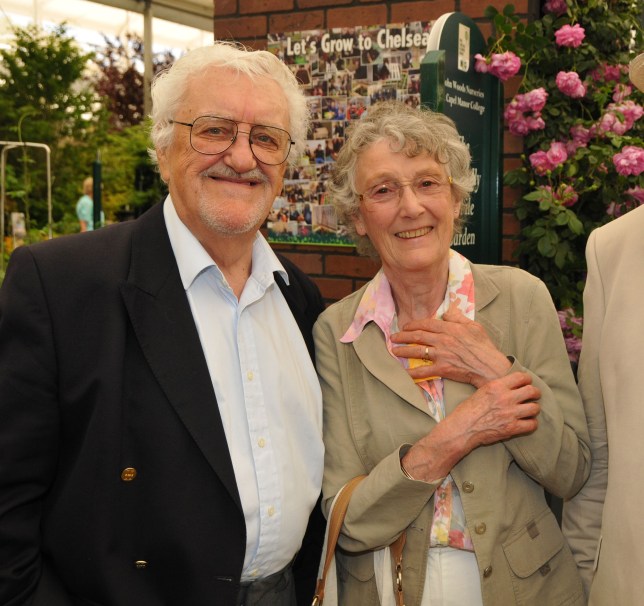 Bernard and Gillian Cribbins were married for 66 years and were ‘devoted’ to each other (Picture: REX)

Bernard, who has been a staple of British television for over 70 years, is best known for his roles in Doctor Who, The Wombles and The Railway Children.

He and Cribbins had been married for 66 years and the pair were ‘devoted’ to each other, a close friend of Bernard’s said.

Writer James Hogg, who worked on Bernard’s autobiography Bernard Who? 75 Years of Doing Just About Everything, grew very close to both Bernard and Cribbins while working on the book, and the 92-year-old asked James to make the announcement on his behalf.

Taking to Twitter, James wrote: ‘Bernard Cribbins has asked me to announce that his wife Gillian passed away earlier today.

‘They were married in 1955 and were devoted to each other.’

Bernard has thanked people for their kind words following the death of his wife (Credits: Ken McKay/ITV/REX/Shutterstock)

James added: ‘When chatting about their wedding day for his autobiography he talked for hours and didn’t want the conversation to end. So sad.’

The writer shared a sweet photograph of Bernard and Gillian in their younger days, looking happy and in love.

Bernard Cribbins has asked me to announce that his wife Gillian passed away earlier today. They were married in 1955 and were devoted to each other. When chatting about
their wedding day for his autobiography he talked for hours and didn’t want the conversation to end. So sad. pic.twitter.com/KoGpPPJlTT

The sad news – and Bernard’s status as a national treasure – led to hundreds of people flocking to the comments section to leave their condolences to the Cribbins family.

One fan heartbroken on Bernard’s behalf asked James to ‘please let Mr Cribbins know that admirers the world over are offering their heartfelt condolences for the loss of his beloved wife. 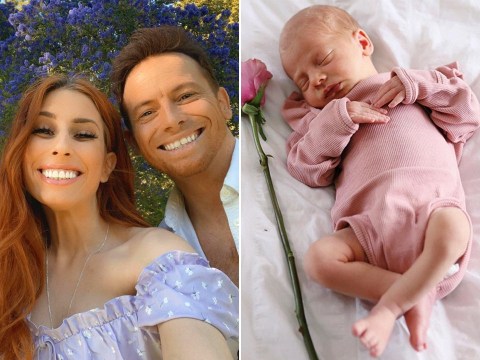 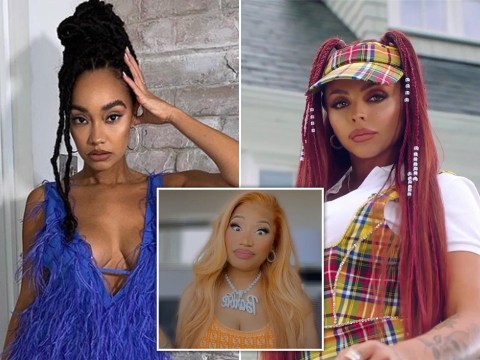 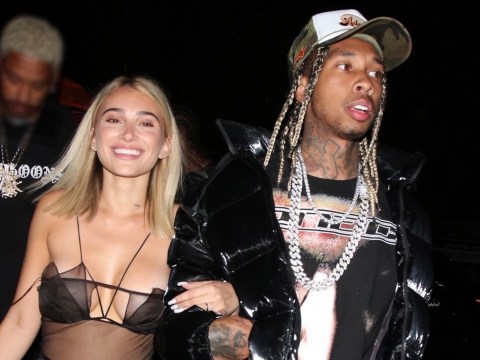 Tyga arrested for felony domestic violence after altercation with ex

‘He must be devastated after such a long happy marriage. May she rest in peace.’

Another wrote: ‘I met this beautiful man in 2014 and didn’t want the conversation to end.

‘I’m so sad and sorry for Bernard and the family. Much love.’

Sad to hear that legendary actor Bernard Cribbins has lost his wife Gillian, whom he married in 1955. Had dogs with Nick Savva. Recall their enthusiasm, affection and typically amusing interview after Westmead Woofa won at Oxford in front of the Sky cameras in 2000. #RIPGillian pic.twitter.com/3JFnnNX4n3

James did in fact pass on the messages to Bernard, and issued a small update yesterday evening where it was clear to see the beloved actor was still able to find some solace in humour.

He wrote: ‘Message from Mr Cribbins. I told him about the incredible response to Gillian’s death and he said: “Please thank everyone who has sent their best wishes. I really am so touched.

‘”And if they can all send me a fiver, that’d be marvellous!”