One year on from his Arnold Palmer Invitational victory that changed everything, Tyrrell Hatton is in reflective mood.

‘It feels such a long time ago now with all that’s happened in the world,’ he said. ‘One minute I was putting on the iconic winner’s red cardigan on the 18th green in a state of disbelief and on top of the world. Then everything changed a few days later. I don’t think any of us realised how much our lives would alter.’

The world No 5 from Marlow is looking forward to the semblance of normality that will greet his title defence at Bay Hill in Orlando this week with the return of a sizeable number of fans. About 8,000 spectators will be present and it will be the same at every tournament until the Masters in six weeks’ time, when about 10,000 patrons are expected. 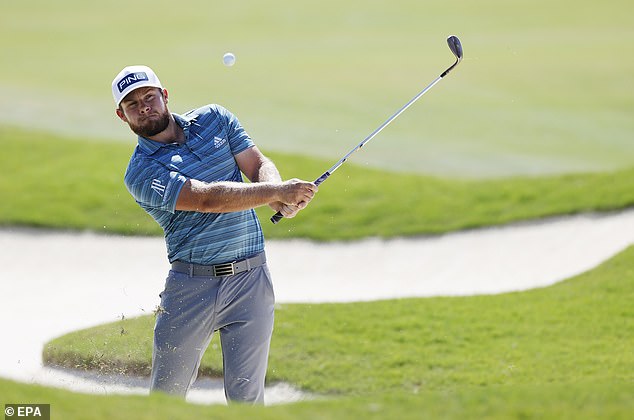 ‘I think all the players have been waiting for this,’ said Hatton, 29. ‘We’ve all adapted to not having fans present but I can’t imagine there’s anyone who thinks it’s comparable to the real thing.’

The crowd will be delighted if Bryson DeChambeau fulfils his promise to have a bash at driving the par-five sixth hole that sweeps around a lake and measures 555 yards. The carry from tee to green over the water is 350 yards.

‘If I play this year, I’m definitely going to do it,’ said DeChambeau, before confirming his entry. On his way to finishing fourth last year, DeChambeau smashed a drive on that hole that carried 340 yards over the water, albeit on a safer line. 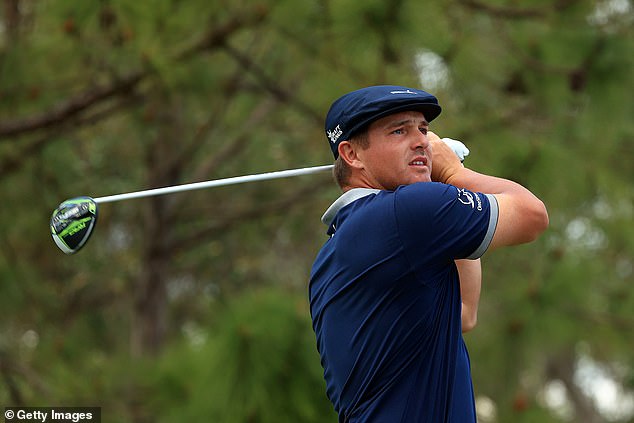 Asked for his thoughts, Hatton laughed: ‘It’s definitely not anywhere near my locker. If he does have a go and pulls it off, it will be one heck of a feat.’

Hatton has compiled plenty of notable feats himself since that win at Arnie’s place. Last September he won the BMW PGA Championship at Wentworth before starting the year by despatching Rory McIlroy to claim the Abu Dhabi Championship and clamber above him as the leading UK golfer in the world.

‘When you think of the stature of Rory and the other great players we have, it seems surreal,’ said Hatton.

At the WGC-Workday Championship at The Concession, Hatton started yesterday’s third round 10 shots behind leader Brooks Koepka with Matt Fitzpatrick two adrift and McIlroy six off the pace.