Hakan Calhanoglu thrashed home a powerful first-half strike and Lautaro Martinez converted a penalty with the last kick of the game for champions Inter Milan to beat Venezia 2-0 on Saturday and close the gap on the top two teams in Serie A.

Third-placed Inter are now one point behind joint leaders Napoli and AC Milan, who both have home matches on Sunday where they can restore their four-point advantage.

Inter dominated early against their hosts, who are back in the top flight of Italian football after an absence of almost two decades, but in the end were hanging on for the full haul of points. 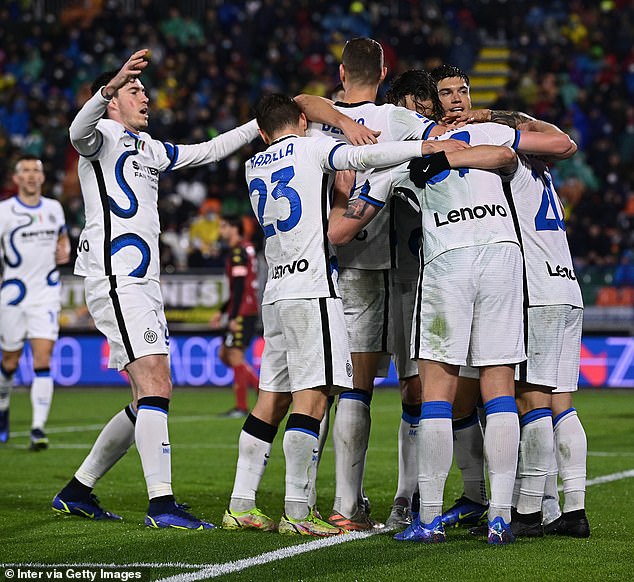 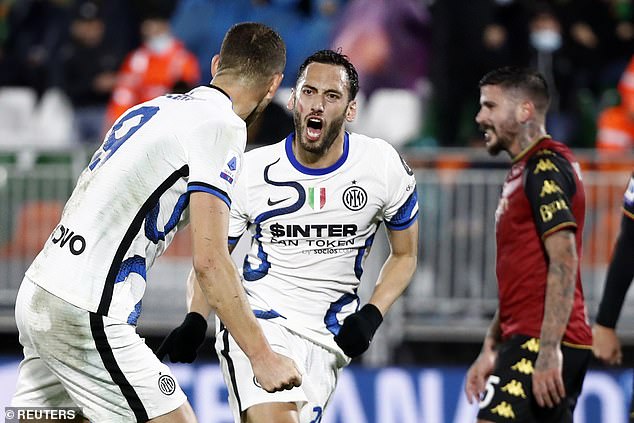 Calhanoglu had a good free kick opportunity inside the opening 20 minutes but skied his effort, after which Edin Dzeko pressed for the opener as he kept the home defence busy.

But it was not until the 34th minute that Inter made the breakthrough after quick passing on the edge of the Venezia area set up Calhanoglu for a powerful low shot into the net. 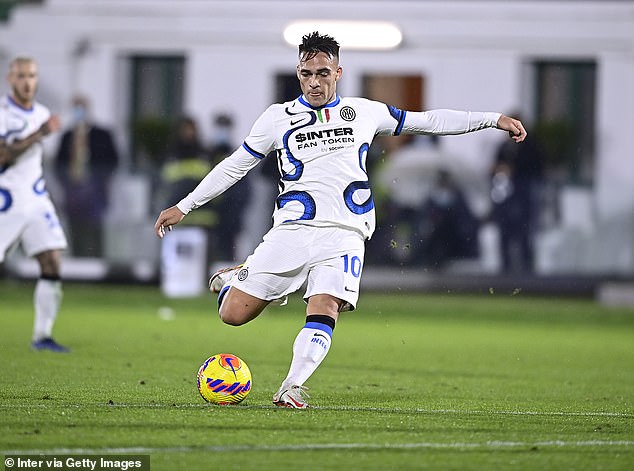 Venezia’s Antonio Vacca tested Inter goalkeeper Samir Handanovic in the 39th minute with a long-range shot that he acrobatically tipped over the top and, after the break, they had another good chance when substitute Tanner Tessman made space for himself but then blasted his shot well over the Inter goal.

Inter looked nervy in the closing stages as Venezia pressed for an equaliser although Federico Dimarco and Dzeko both had late efforts well stopped by home goalkeeper Sergio Romero.

But Inter were awarded a spot kick, after a VAR check deep in stoppage time for handball against Ridgeciano Haps, that Martinez converted.