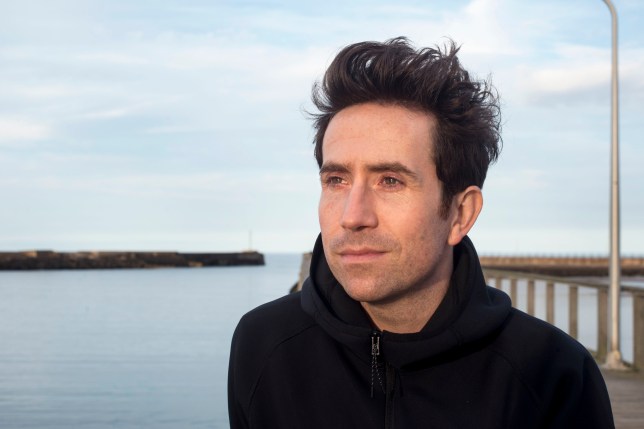 Nick Grimshaw hoping to raise a family with his boyfriend ‘soon’ (Picture: BBC)

Nick Grimshaw has revealed he’s planning to start a family with boyfriend Meshach Henry ‘soon’ during his appearance on BBC Two’s Walking With.

The former BBC Radio 1 DJ, 37, will be embarking on long walks in the British countryside, exploring the Northumberland coast and opening up on his life, career and relationship during the extremely wholesome programme on Wednesday night.

In the episode, he says: ‘I don’t know when that will be but I hope soon. I think I’d love to have kids and have my own family; it’s definitely something me and my boyfriend have spoken about and whether or not we’d have a surrogate or we’d have them biologically or if we’d adopt.

‘I think the adoption route is the one that we’ve leant towards. I just think that there’s so many kids out there who need a home and need a loving family, and, you know, we could do that.

‘I’d love to adopt and provide that sanctuary for somebody or a few somebodies.’

Grimmy and Meshach have been dating since 2018 (Picture: Instagram)

‘I felt really present and content,’ he said. ‘Everything felt quite life-affirming. I ended up talking about my family and my dad and maybe I’ll have a family in the future.’

He added: ‘I really struggle being present. I’m always thinking about the next thing, or I’d be planning what’s for lunch? Or what will I say later on. And actually that show really forced me to be present.

‘It was actually the nicest way to start a day probably I’ve had in a very, very long time.’

Nick and dancer Meshach have been dating since 2018, after meeting in the ‘the smoking area of a pub on Hackney Road’.

Earlier this year, Grimmy presented his final programme on Radio 1 after announcing in June that he was leaving, having been at the broadcaster for 14 years, to ‘do more telly’.

Nick Grimshaw’s Walking With… airs on BBC Two at 7pm on November 24.