It looked set to be a night of sheer frustration for West Bromwich Albion and an aftermath of difficult questions for their manager Valerien Ismael.

The home fans at The Hawthorns, having already jeered their side off at half-time, made their discontent known again after a double change early in the second-half which threatened to neuter their attacking threat.

In such situations, sometimes you need a helping hand. Fortunately for the Baggies and Ismael, it came courtesy of Queens Park Rangers goalkeeper Seny Dieng. 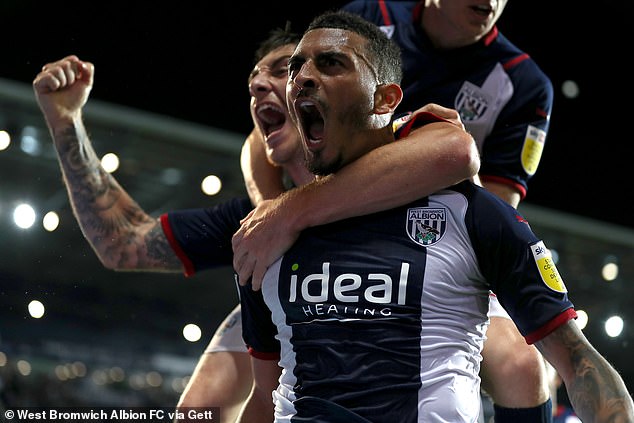 He had been their hero on Tuesday night when his penalty save from Tom Davies dumped Premier League Everton out of the Carabao Cup.

But 72 hours on, Dieng somehow allowed Karlan Grant’s shot to squirm through his body at the near post to throw West Brom a lifeline.

They harnessed the momentum of that goal, backed by the roar of their fans, and with two minutes left Grant received a pass from Callum Robinson in enough space to sweep home the winner.

Ismael looked relieved, even if Grant wasn’t one of the players he had introduced. This was their first win in four and put a much brighter complexion on a winless spell which took the lustre off their bright start to the season.

Behind to Andre Gray’s opener after only 45 seconds, it looked like being more points dropped until that dramatic finale.

The Baggies had the advantage of almost a full week on the training ground in contrast to their guests, who had dumped Everton out of the Carabao Cup on penalties just 72 hours earlier.

Yet there was absolutely no sign of fatigue from those QPR players on the three-day turnaround as they seized the lead after just 45 seconds.

Gray started his career at the Baggies’ Black Country rivals Wolves and hails from the city so wasn’t exactly the most popular man in the stadium anyway.

Less so when he galloped onto Moses Odubajo’s threaded ball down the right touchline, managing to remain onside as he broke clear of West Brom lines. 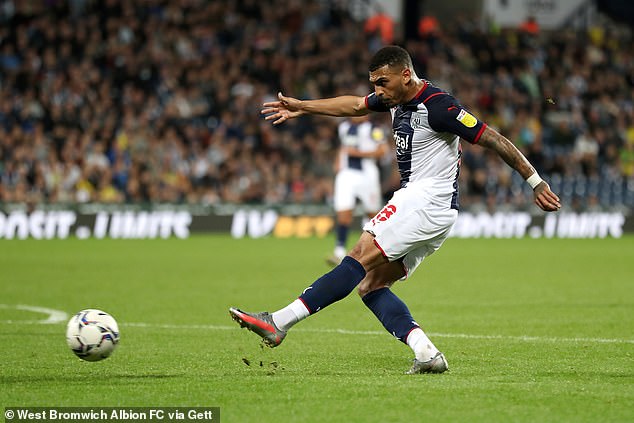 Sam Johnstone came off his line then hesitated and was left completely stranded as Gray slotted home his second goal for the R’s since signing from Watford on loan.

With the incentive of taking top spot – until Saturday at least – West Brom did respond well and bossed the remainder of the first-half without finding a goal.

Darnell Furlong was their masked raider down the right, wearing protective gear after breaking his nose against Peterborough last month, and finding space beyond QPR’s makeshift wing-back Yoann Barbet.

Grady Diangana was full of cunning as well and sent the hosts’ first shot wide from 20 yards.

Dieng was QPR’s hero on Tuesday night when he saved the decisive penalty against Everton and he made routine stops to deny Karlan Grant and then Furlong as the pressure mounted. 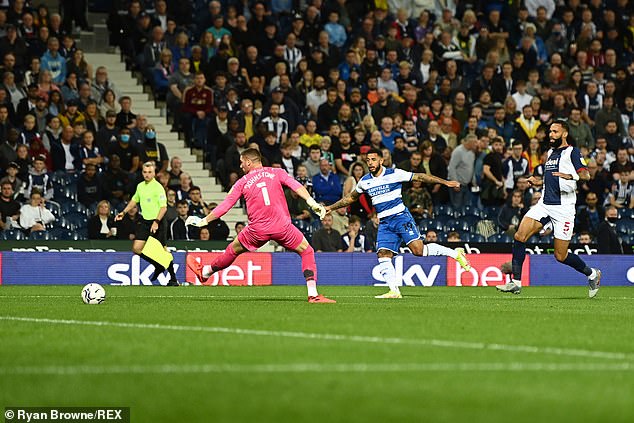 On 35 minutes, Dieng reacted well to push out Adam Reach’s point-blank header after fine work by Matt Phillips to dig out a cross. It didn’t stop the home fans jeering as the half-time whistle went.

Valerien Ismael made the surprisingly decision to take off Diangana and Phillips 10 minutes after half-time, a call met with further boos.

It served to reduce their threat going forward and QPR, who’d been retreating, were able to take time out of the game and launch some counters of their own.

Ilias Chair burst into a shooting position inside the box but couldn’t find the power to beat Johnstone.

West Brom pushed hard for a winner, with Jake Livermore dragging a shot across goal and wide before Grant’s hit from the edge of the box was deflected wide, Dieng doing just about enough to gather the corner.

But there was little.