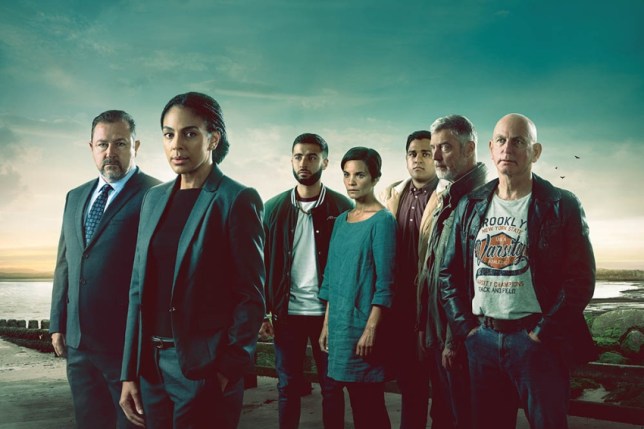 There’s going to be a few new faces around The Bay… (Picture: ITV)

The Bay has delivered endless shocking twists and turns throughout the ITV drama’s first two series – and now it’s back for more.

Series three of The Bay officially returns this Wednesday (January 12), but fans can expect to see some new faces.

Morven Christie will not be returning in her role as police detective Lisa Armstrong, and instead the third season will introduce viewers to Lisa Armstrong’s replacement, DS Jenn Townsend (Marsha Thomason), who struggles to balance her family’s house move alongside the pressures of her new role.

As the new DS settles in to life in the not-so-sleepy seaside town, just where is The Bay filmed?

Where is The Bay filmed?

Unlike many other films and TV shows, The Bay is actually filmed where it is based.

Marsha Thomason will be the new Detective Sergeant in Morecambe (Picture: ITV)

Taking its name from the estuary Morecambe Bay, the programme is filmed in the town of Morecambe, in Lancashire, North West England.

Daragh Carville, who wrote The Bay, believes the town where it’s set should receive more attention than it does.

Speaking to the Radio Times in 2019, he said: ‘Morecambe’s right on our doorstep, and when our kids were young we’d bring them to Morecambe and it was a place that I always liked.

‘It’s a really interesting mix of things, because on the one hand it’s very striking, it’s beautiful, it’s got extraordinary views out across the bay towards the Lake District.

But it’s also got that very distinctive British or Irish seaside town quality, because as with many seaside places, it has slightly lost its raison d’être.’

The new DS is thrust right into a murky murder scene (Picture: ITV)

The residents of Morecambe have taken a particular interest in the drama, even giving the alley featured at the start of series one an X-rated nickname.

While speaking to Metro.co.uk and other press ahead of the series two launch, Taheen explained that he was chatting with a woman who lives in the area when he found out that the alley has been nicknamed ‘Shag Alley’.

‘Lisa has sex in an alley in series one and they’ve now named that alley Shag Alley after the show,’ the actor said.

Morven added that she’s heard there are ‘walking tours’ around the area, where guides state: ‘So this is the alley where Lisa shagged.’

When asked how she feels about the ‘legacy’ of the alley scene, the actor sarcastically replied: ‘It’s a big moment in my life, what can I say.’

What is The Bay series 3 about?

An official synopsis for the ITV series explains how the new law official is ‘immediately thrown into the deep end when a body is found in the bay on her first day in the job.

She must get under the skin of a grieving and complicated family if she has any chance of solving the premature death of an aspiring young boxer. While she’s eager to give the family answers, she also needs to prove herself as the team’s newest recruit.’

‘The pressure is multiplied when her new blended family struggle to settle in Morecambe, proving to Jenn that a fresh start might not be as simple as moving to a different town.’

The Bay returns on Wednesday evening at 9pm on ITV, series 1 and 2 are available to watch on ITV Hub.