There could not have been three more popular scorers than the trio who earned Wolves victory against Southampton.

Every Raul Jimenez goal is celebrated with extra gusto given what he overcame – that life-threatening head injury – to get back playing and scoring.

And his penalty against his favourite opponents Southampton was one that brought an end to his seven-game goal drought. 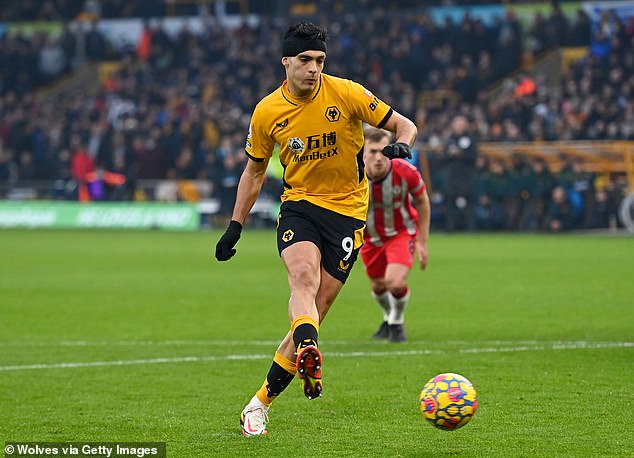 Then captain Conor Coady, another fan favourite, lifted the roof off Molineux with a second after the break, and his first ever league goal at Molineux, sparking wild scenes in the stands and on the pitch.

Even goalkeeper Jose Sa racing the length of the field to join in.

Traore’s third was welcomed for different reasons as it was the goal, just after six minutes of injury time, that finally finished off Southampton once and for all after James Ward-Prowse’s spectacular free-kick set up a grandstand finish. 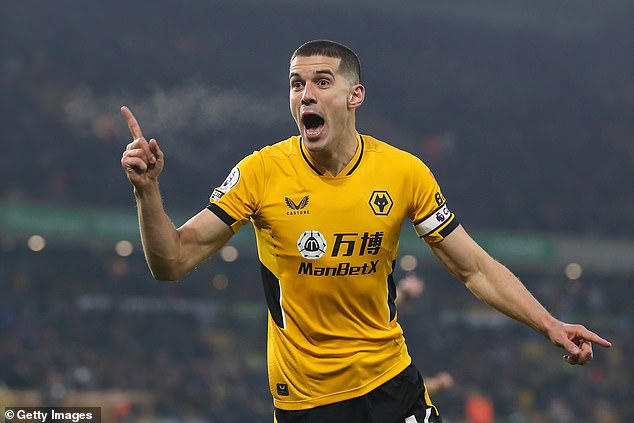 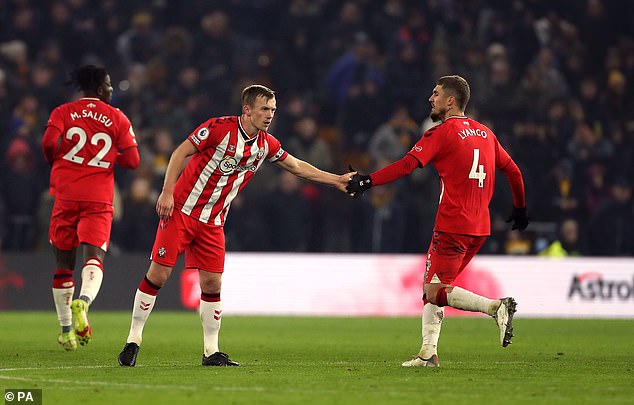 Wolves do not score many so netting more than once in the league for the first time since November 1 was as good a reason as any to celebrate so deliriously.

But, more importantly, this is a team on an upward curve, playing good football, winning matches and in an impressive spell of form.

Jimenez, Coady and Traore’s goals ensured they maintained their momentum.

Bruno Lage’s side are now four unbeaten in the league, winning three of them, and up to eighth. 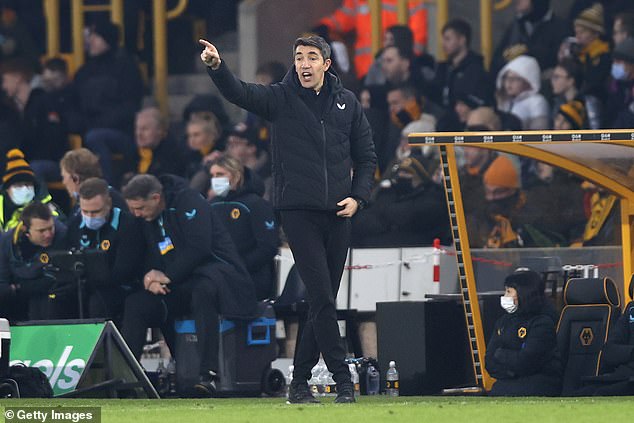 The first half was engaging with every attack from both sides feeling like it would at least result in a goal-scoring chance.

Southampton racked up the corners, especially early on, which are opportunities when James Ward-Prowse is standing over them but Wolves, who included debutant Toti Gomes in their backline, defended them well.

Gomes, handed a surprise bow by Bruno Lage following his recall from a loan at Grasshoppers, acquitted himself impressively all game.

In open play, Romain Perraud cut in and tested Jose Sa before Daniel Podence did exactly the same at the other end to force Fraser Forster into action.

And then came the opener.

Referee Michael Salisbury, who had already angered the home crowd with some of his decisions, did so again when he missed Jan Bednarek wiping out Rayan Ait-Nouri in the box at first.

VAR Robert Jones watched multiple replays before advising Salisbury to re-watch the incident and he eventually pointed to the spot. Jimenez did the honours, as he does against Southampton.

Jimenez, treated to a standing ovation as he walked around the pitch when he was brought off, had not scored since November so a game against Southampton was exactly what he needed.

When he faces them he tends to find the net and his cool penalty made if five goals in five games against the south coast side.

They, though, should have been level at the break. Sa produced a flying point-blank save to push away Mohammed Salisu’s header and then a more routine one soon after. 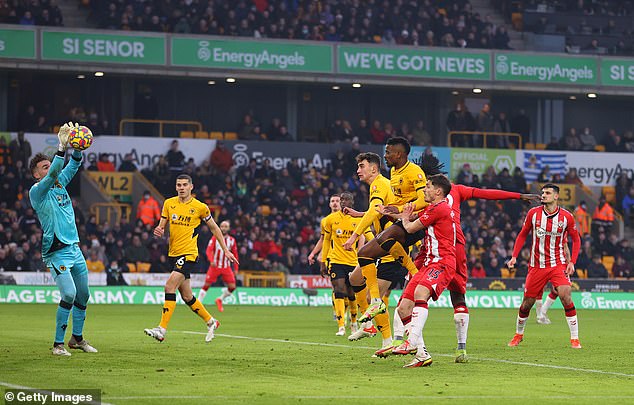 Jose Sa had another strong game for Wolves, denying Mohammed Salisu in the first half

In between, Nathan Tella flicked Perraud’s cross over the bar from just underneath it.

Meanwhile, Salisbury sparked Wolves fury again when he blew up for half-time just as Ait-Nouri had chested down a long ball and was running through on goal.

But all was well on the hour when Coady made it 2-0. Ait-Nouri’s free-kick tempted Forster way off his line but he realised he would get nowhere near it and was left stranded.

Max Kilman headed the ball over Forster against the post and Coady was quickest on the scene to nod the ball in and get the celebrations started.

That should have been that especially when Hasenhuttl’s attacking changes failed to make much of an impact.

But Ward-Prowse set up a tense finale for Wolves with a sensational free-kick, smashed from 30 yards and swerving away from Sa and into his top corner.

Perraud then hit the bar with a header and when six minutes of added time were shown there was enough for them to level.

But also for Wolves to grab a third on the break and Traore duly did after racing beyond Salisu and slipping the ball under Forster. 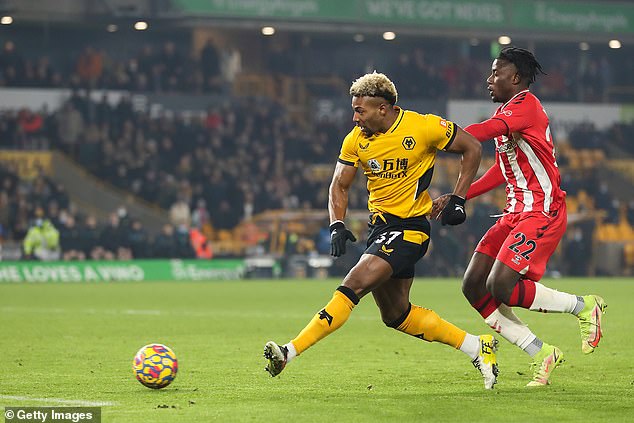 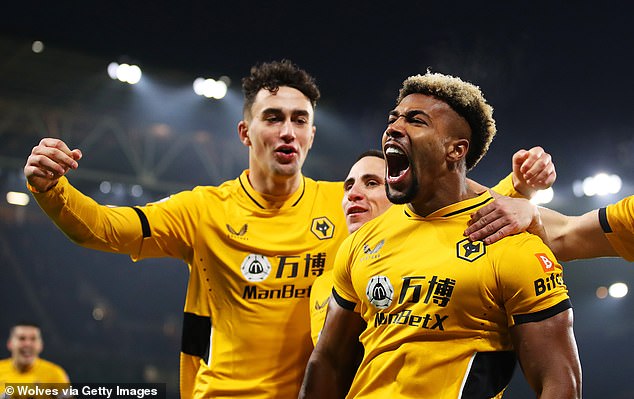