Qatar drafted in hundreds of role-play actors to be football fans in a bid to work out how to cope with huge World Cup crowds.

Qatar have sought outside help to deal with the influx of fans from 32 World Cup nations. 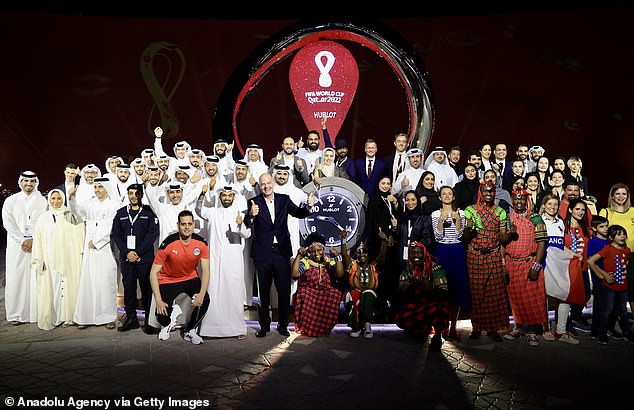 One witness described ‘hundreds of role-players’ enacting the part of fans at last week’s ‘scenario planning’ event in Doha.

The tiny Gulf state has no experience of handling large groups of football supporters and the absence of alcohol adds to this being an alien experience.

British police impressed on the Qataris the need for a ‘graded response’ to any escalating situation. They say engage with fans and use force as a last resort.

But a number of other countries with a less tolerant approach were present. Their approach may be more familiar to officials in Qatar, where discipline is expected.

Britain will not be providing Qatar with officers but will look to send ‘spotters’ who have the ear of the local police, can act as cultural interpreters and will step into any potential flashpoint.

Qataris are thought to be preparing to fly in stewards to help handle the numbers.