She is never shy showing off her figure in social media snaps.

And Zara McDermott was at it again on Friday as she posed up a storm in a tiny yellow bikini during her sun-soaked trip to Greece.

The former Love Island star, 24, had her incredibly toned abs and lithe legs on display in the sizzling new Instagram snap. 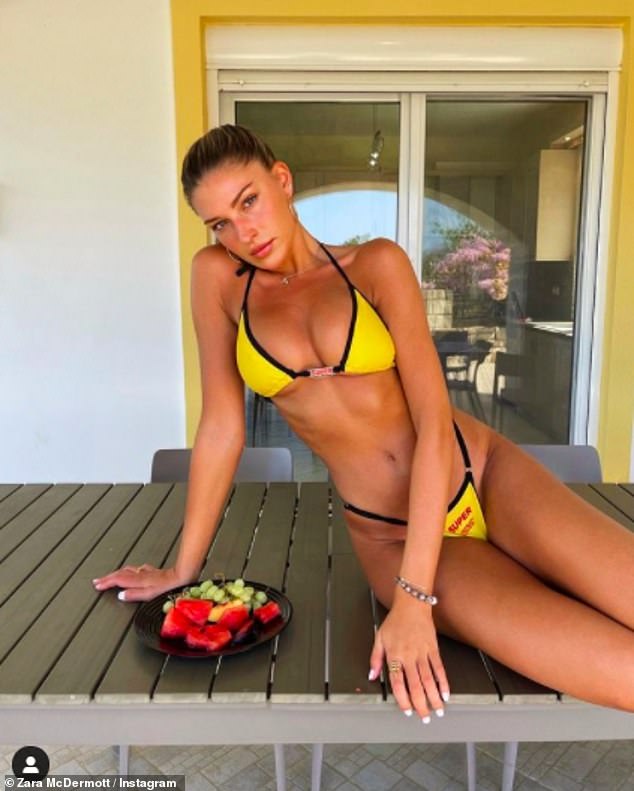 Wow! Zara McDermott displayed her incredibly toned frame as she posed up a storm in a tiny yellow bikini during her sun-soaked trip to Greece on Friday

The Made In Chelsea siren posed confidently next to some fruit in the bright two piece which featured black straps and bright red writing on the briefs.

Zara proved she is a natural beauty as she went makeup free which showed off her deep tan from her lavish holiday and wore her hair up in a pony tail.

Her supportive boyfriend Sam Thompson was clearly loving the look and commented saying ‘Beautiful’ along with a love heart emoji.

Zara’s newest post comes after Sam was recently seen gifting a brunette beauty a rose during his lads’ night out with Pete Wicks. 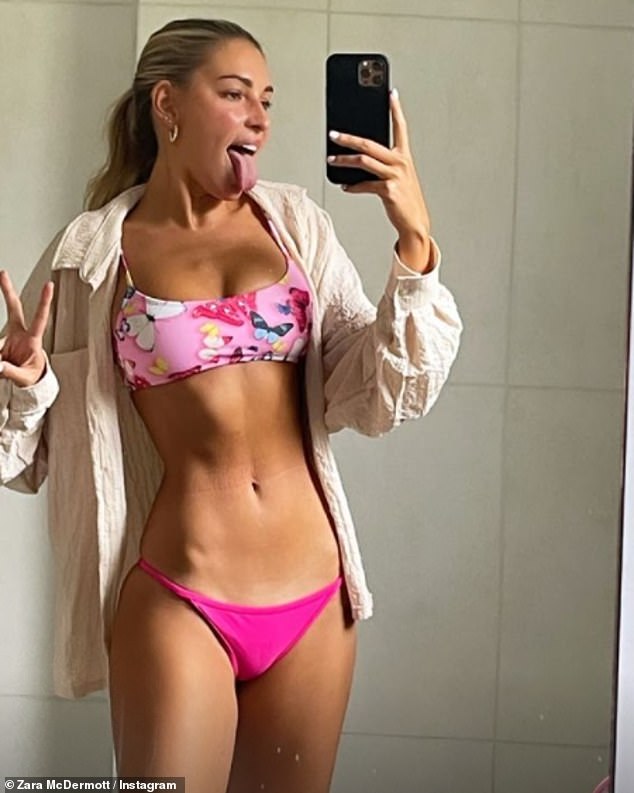 Toned: The former Love Island star, 24, has been keeping fans updated on her trip with regular bikini snaps (pictured earlier this week in pink swimwear)

Sam’s boys’ night out began at 9pm in the exclusive Mayfair district of London, where they dined out at Latin American restaurant Amazonico last Saturday.

Over the next few hours, the reality stars were seen directing their attention towards three bombshell beauties, who they chatted to in the smoking area.

Influencers Alisha Lemay, 28, and Freya Killin, 28, confirmed their identities by taking to Instagram while downing tequila shots at London’s Sexy Fish with the famous lads at another point in the night.

TOWIE’s Pete, 32, repeatedly hugged and kissed two of the girls, according to onlookers, before the group of five took a taxi to Raffles in Chelsea. 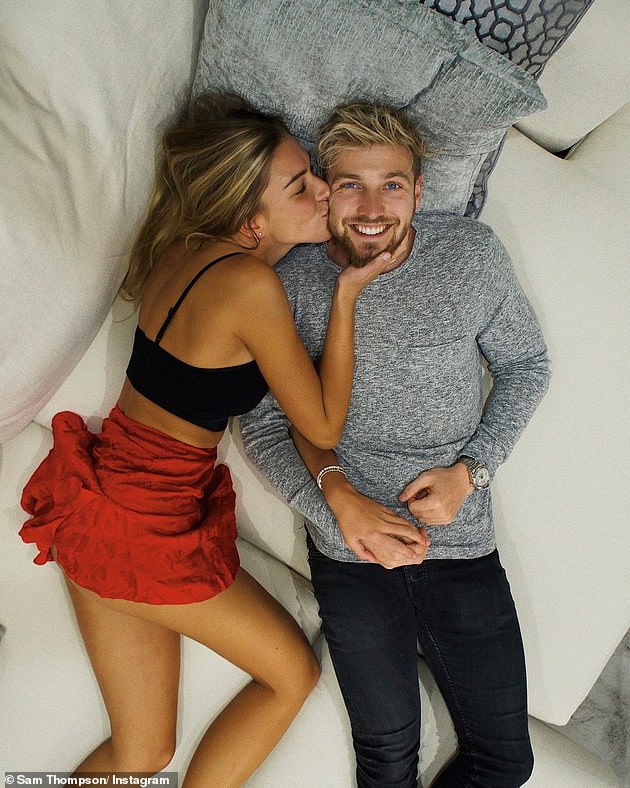 Oh dear: Zara’s newest post comes after her beau Sam Thompson (pictured together) was recently seen gifting a brunette beauty a rose during his lads’ night out with Pete Wicks

Zara must have been on 28-year-old Sam’s mind as he left the private members’ club alone while his Essex boy pal continued the party at a nearby strip club.

It comes after the former Celebrity Big Brother housemate revealed he wants a baby with Zara in the near future.

Sam told MailOnline that Zara cheating on him had actually brought them ‘closer together’ and he didn’t want to be a ‘really old dad’ so wasn’t far off starting a family.

Sam gushed the Love Island star was the girl of his dreams and they were nearly ready to become parents but he does ‘need to grow up a bit first’.

Sam said: ‘I’ve hit a stage where I’m doing my house up at the moment, I want to make it into a really nice adult home, I’m nearly 30 and I’m with the girl of my dreams.’

‘Not in the next year… but not in the too distant future. I don’t want to be a really old dad. But I do need to grow up a little bit first.’ 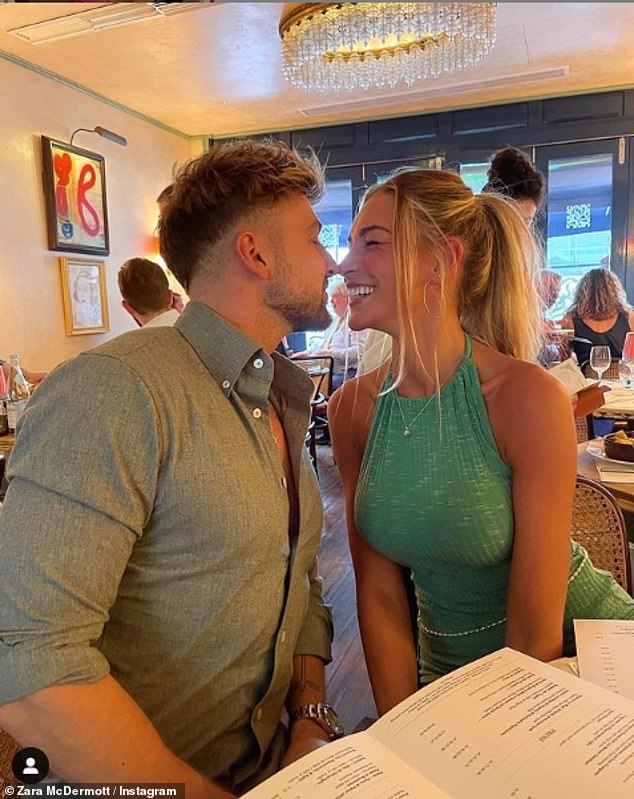 Cute: It comes after the former Celebrity Big Brother housemate revealed he wants a baby with Zara in the near future